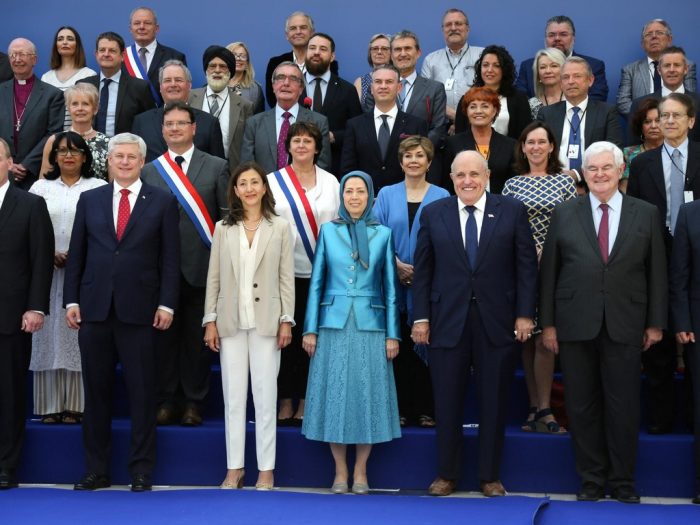 In June two years ago, the federal judicial police in Belgium received a tip-off from the country’s state security service. Foreign intelligence indicated that some Belgian citizens were involved with the planning of an attack.

The rally had been organized by the #NCRI an umbrella grouping of opposition organizations led by Massoud and #MaryamRajavi The #MEK and it was this organization that was specifically targeted by the planned bomb attack. https://t.co/9bzbthptmX #Iran

Security services were thus monitoring the activity of certain individuals. A man, identified as “Daniel” handed a parcel, a mobile phone with an Austrian sim card, and €22,000 in cash to two individuals – Amir S. and Nasimeh N. – at a Pizza Hut restaurant in Luxembourg City.

Amir S. and Nasimeh N – a Belgian-Iranian couple have been living in the province of Antwerp for quite some time – have worked with Daniel on many occasion in the past. They posed as supporters of the Iranian opposition.

Their car was followed but the couple were observed taking diversionary tactics. They were stopped in Brussels and arrested after a bomb was discovered in their car. Officers noted that the bomb was composed of 500g of a highly explosive and sensitive TATP. A robot was deployed and the bomb squad tried to make the device secure, but it exploded during the process. An office standing more than 100 metres away was injured during the blast.

Bomb experts said that the bomb was professionally made and that a high degree of skill would have been required just to design it.

Three days after their arrest, Daniel, or Assadollah Assadi, an Iranian diplomat posted at the Iranian regime’s embassy, is arrested by German security forces just outside Frankfurt. Along with numerous other pieces of damning evidence, agents find a notebook with instructions on how the bomb works.

Assadi tried to invoke his diplomatic immunity but he was eventually extradited to Belgium where he, the Belgian-Iranian couple and another accomplice face trial at the end of the week.

Questions Raised About Rationale for Iran’s Terrorism Tactics in Europe

The target of the bomb attack was the National Council of Resistance of Iran (NCRI), the main opposition to the Iranian regime, and in particular its President-elect Mrs Maryam Rajavi. The Iranian-Belgian couple were to detonate the bomb at the opposition’s annual Free Iran rally that was being held just outside Paris on 30th June 2018.

Every year, tens of thousands of Iranians around the world participate in the gathering and hundreds of political figures, dignitaries, religious officials, lawmakers, human rights activists, and so on speak at the event and lend their support to the Iranian Resistance.

Had the bomb gone off as planned, there could have been hundreds of casualties and a movement of mass panic. Not only would this have been a major attack against the Iranian opposition, but it would have been seen as a wider attack on France.

The Iranian regime is quite rightly nervous about the upcoming trial as the prosecutor has already been informed by Belgian security officials that Assadi is not a lone terrorist, he was clearly working in conjunction with Iranian intelligence and the regime. Western leaders will be watching the trial and are expected to act accordingly, especially if there are convictions.