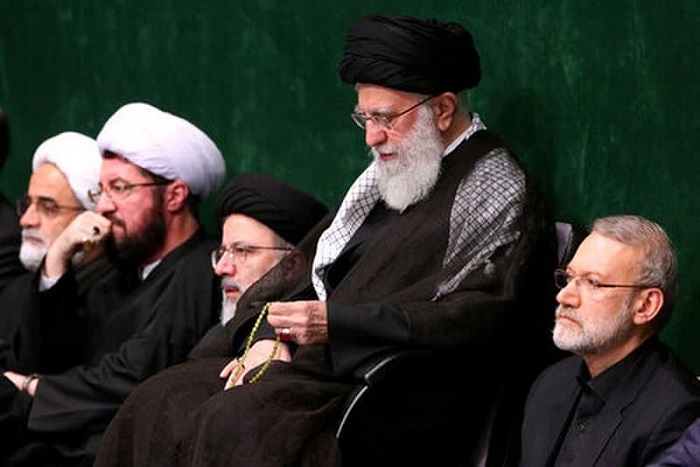 President elections in Iran are beyond free or fair as long as the Mullahs are in power; they’re a farce, a shame. The elections are scheduled for 18 June when, the unelected vetting body, the Guardian Council, will announce the final list on May 27.

In the past four decades, all of the leaders have committed crimes against the Iranian people. Some have committed brutality, torture, and execution, some have been committed to terrorism and hostage-taking.

In an article titled, ‘Mass Murderer for President’ published on 20 May, a victim of the regime’s brutality talks about her personal experience and how she was tortured by the main candidate for the presidency.

“The primary adjective to describe Raisi is simply “killer.” Immediately after the mullahs stole the 1979 revolution, Raisi started to make a name for himself thanks to his unmatched propensity to commit brutality against opponents of the mullahs’ dictatorship. He became the prosecutor of the revolutionary court of the city of Karaj when he was just 20. Two years ago, he became the Judiciary Chief.”

In 1988, as deputy prosecutor of Tehran, Raisi was one of four people who, at the time, was named by the Supreme Leader Khomeini to carry out his infamous fatwa to massacre imprisoned activists affiliated with the main democratic opposition Mujahedin-e Khalq (MEK/PMOI).

Thirty thousand political prisoners, mostly members of the MEK, were summarily executed in a couple of months during the massacre. A 28-year audiotape of Khomeini’s successor, Hossein-Ali Montazeri, with the ‘death committee’ of Tehran, including the Raisi, appeared during the summer of 2016.

At the conference, Montazeri interviewed the women who eas pregnant and 15-year-old girls. Raisi was the Committee’s most involved and brutal participant.

Raisi was even involved in the torture and questioning of democratic activists even before being one of the vicious killers of the Mullahs.

“I have personally experienced his brutality. The mullahs’ regime arrested me on July 2, 1983, and immediately sent me into the torture chamber. Even though I was nine months pregnant at the time, and the interrogators knew this, they nonetheless proceeded to lash me with electric cables.” added the victim.

Ebrahim Raisi, who is now running for president, was one of the interrogators in the session. Later, in 1982 at least, when he became a 22-year-old uneducated and untrained interrogator, he was meant to be the prosecutor in the province of Hamedan. From 1982 to 1987, Raisi ordered the hanging in Hamedan province of all political prisoners.

In March 2019, Khamenei appointed Raisi as Chief of Judiciary. Since then, Raisi’s history of executing democratic activists has proceeded with more revenge because no one in the international community kept the regime responsible for its crimes against humanity in 1988.

Amnesty International reports, during Raisi’s tenure, that “the death penalty is being used more and more as an instrument of political repression against dissident demonstrators and members of ethnic minority groups.” The gruesome execution of 27-year-old wrestling champion Navid Afkari was one of the high-profile cases of international outrage.

The Iranian people will boycott the sham elections of the regime by voting ‘no’ to the horrors of the mullahs and to everything it represents.

It is time for the international community to join the Iranian people in their search for a constitutional, non-nuclear, and democratic republic. The United Nations should demand an impartial investigation into the regime’s 1988 massacre and work tirelessly to prosecute and punish the perpetrators, especially Ebrahim Raisi.