Iran’s intelligence tries to distort history and a spread narrative of lies against the People’s Mojahedin Organization of Iran (PMOI, or Mujahedin-e-Khalq, MEK Iran) by publishing hundreds of books and false documents. The MEK is Iran’s main opposition and best-organized movement. The growing popularity of the MEK inside Iran, particularly in cyberspace and social media, has forced the regime to increase its activities against the Iranian Resistance.

In particular, the regime is confronted with the fact that the MEK has gained high popularity as the antitheses of the Iranian fundamentalist regime in both domestic and international levels. The Iranian regime’s supreme leader Ali Khamenei has time and again showed this fear of the MEK’s role in organizing the nationwide uprising of December 2018.

“The most important anti-revolutionary (anti-regime) group that clashed with the Islamic Republic and caused heavy blows to our system and the people was the MEK,” said Rouzi Talab to state-run television’s Channel 4 on June 28, 2018.

“Yes, the MEK is a big organization. Maybe the biggest. None of the other groups or parties or even Intelligence Services were able to hurt the Islamic Republic as the MEK.” State-run Mostanad TV, August 27, 2019.

A glance at the statistics:

A number of books published against the MEK:

A number of books published against the MEK

Quite naturally, one might ask what is the reason behind such an increase of misinformation and fabrications by Iran’s Ministry of Intelligence (MOIS) against the MEK?

After the MEK and the National Liberation Army of Iran disarmed in Iraq in 2003, the Iranian regime was determined to annihilate the MEK. However, because of the MEK’s ideas and aspirations and commitments for freedom and overthrowing the regime and stablishing the rule of law, the regime’s attempts proved to be futile. Their social support inside Iran increased and at the international level, they gained increased legitimacy. This key factor explains the increased number of books published against the MEK.

Below we will survey the statistics of books published, with the aim of demonizing the MEK, before and after their complete transfer from Iraq to Albania and Europe:

Statistics of published books against the MEK:

Statistics of published books against the MEK

The reason was the major achievement after a worldwide campaign by Mrs. Maryam Rajavi to transfer all members of the MEK from Camp Liberty in Iraq to Albania and Europe.

After the MEK’s transfer to Albania, the regime’s strategy which was the total annihilation of the MEK in Iraq was failed. The MEK overtook in its struggle for freedom and democracy against the regime.

The increased number of books published against the MEK was the result of MOIS’s conclusion. The MOIS was afraid of growing domestic support for the MEK and its “Resistance Units” for overthrowing the regime.

Although after the transfer to Albania, the MEK was far from their homeland, Iran, but that wasn’t for them an obstacle in their social and political influence.

Institutions involved in producing propaganda books against the MEK

The organizations that fund the publishing of books against the MEK are affiliated to the IRGC and the MOIS. Some of these organization are as follows: 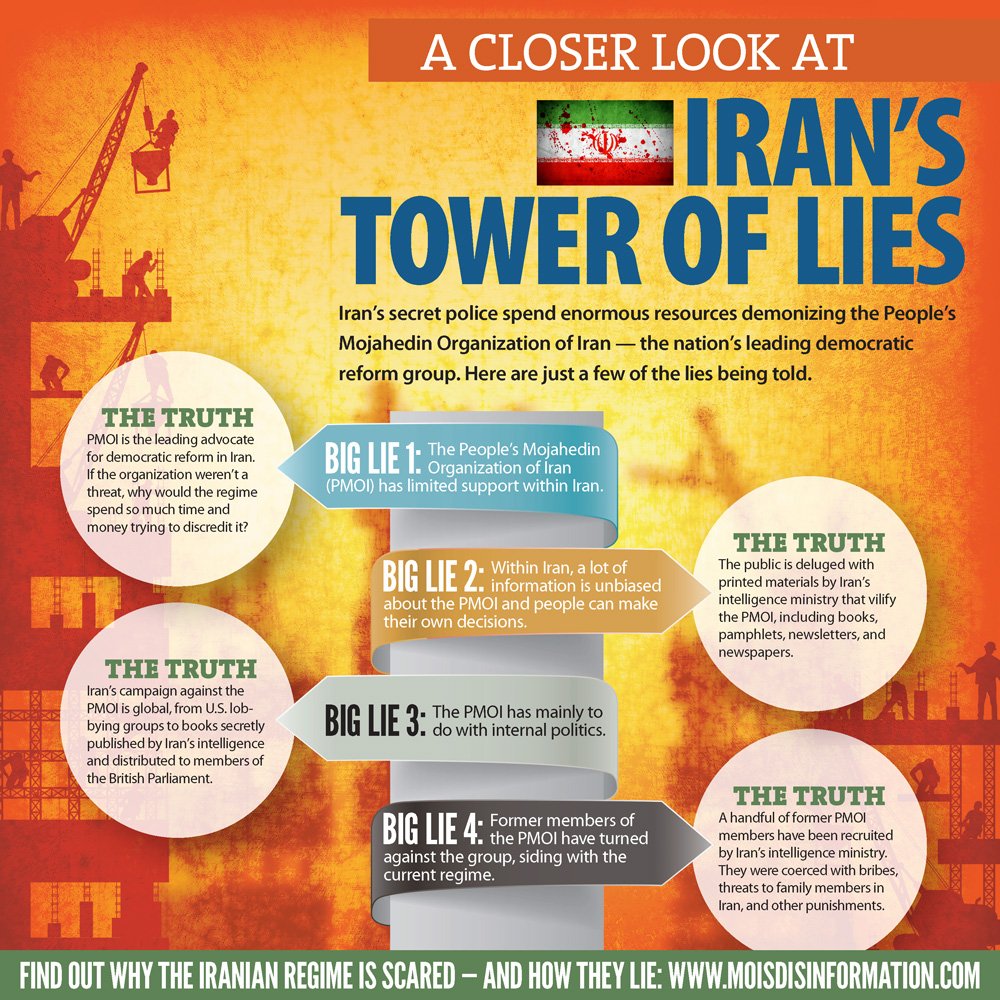 Authors and editors of books are categorized as follows:

Regime’s Senior Figures: Ruhollah Hoseinian, Rafighdoust, Dori Najaf Abadi and some others are authors of 28 books (5%).

Others are authors of 9% of the books against the MEK.

Publishing books against the MEK, the only alternative and organized movement, is a way to prepare the ground for killing and annihilating the MEK members in Albania. This is the need of the religious fascism ruling Iran to safeguard its regime.

Demonizing campaigns by the MOIS against the MEK members pave the path for the implementation of terrorist plots.

In a press conference on October 23, 2019, Albania’s Police Chief announced that recently a terrorist cell connected to the Iranian regime was uncovered.

“The cell planned to launch an attack on the Iranian opposition movement, the Mujahedin-e Khalq (PMOI/MEK) based in Albania.”

“The cell was also responsible for planning a terrorist attack on an Iranian New Year (Nowruz) gathering organized by the PMOI/MEK in March 2018.”

According to Reuters, France said in October 2018 there was no doubt Iran’s intelligence ministry was behind a June plot to attack the National Council of Resistance of Iran's (NCRI) annual rally outside Paris.

In its April 29, 1997 declaration, the European Union stressed that the Iranian regime’s intelligence operatives must be expelled from Europe and that no visas should be issued for those Iranians linked to Iran’s intelligence and security services.

2. The MOIS and the IRGC must be included on the European Union’s terrorist list.

3. The mullahs’ embassies and representations, which in reality are terror and espionage centers, must be shut down.

Once again, I repeat that the clerical regime’s embassies must be closed down and the IRGC and terrorist Quds force must be designated as terrorist organizations to prevent terrorist activities of this regime.#Iran #NoImpunity4Mullahs #FreeIran