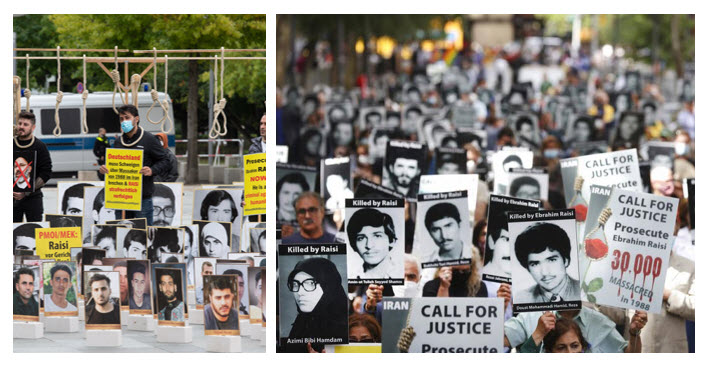 Amnesty International has put forward several major priorities to be debated and evaluated about the human rights problems in Iran ahead of the 49th session of the United Nations Human Rights Council, which is set to begin on February 28. They want the Human Rights Council to “take a stronger response to the problems in Iran,” including “establishing effective monitoring and investigation mechanisms.”

“The HRC cannot continue with ‘business as usual’ if the authorities in these countries refuse to comply with existing human rights procedures and processes, and the conditions continue to deteriorate,” Amnesty International stated.

Amnesty International is encouraging the UN Human Rights Council to focus more on the country’s “systematic” human rights breaches, as well as the institutionalized impunity that protects Iranian regime officials from being held accountable for past and continuing crimes against humanity.

To address the impunity, Amnesty International has called for the establishment of an independent mechanism ‘with a mandate to collect, consolidate, preserve, and analyze evidence for future investigations and, if sufficient admissible evidence exists, prosecutions’ under international law for the perpetrators of the Iranian heinous acts.

“The unlawful killing of hundreds of unarmed men, women, and children, and widespread commission of arbitrary detention, torture, and enforced disappearances during and in the aftermath of the crackdown on nationwide protests in November 2019,” Amnesty International said in one of its recommendations.

According to Amnesty International, these investigations should include previous crimes against humanity, such as the mass killings of thousands of political prisoners in 1988 and the countless enforced disappearances that year.

The international community’s unwillingness to pursue the officials implicated in the crimes has resulted in systematic human rights breaches in Iran, as well as entrenched impunity for those guilty of the brutal crimes against humanity. Although there is substantial evidence of the regime’s current president, Ebrahim Raisi, being directly involved in the 1988 massacre, he has never been held accountable.

Thousands of Iranian individuals were interrogated in 2021, and they were fraudulently prosecuted and incarcerated for peacefully exercising their human rights. Hundreds of them remain unfairly imprisoned to this day, with many being held on spurious charges.

Protests are routinely crushed by security forces loyal to the regime, who have frequently used fatal force and birdshot to suppress opposition. Torture and other forms of ill-treatment have been used against Iranian detainees, including the denial of necessary medical care. Moreover, despite reports detailing the causes and offenders involved, many suspicious deaths in detention have never been probed and remain unpunished.

“The authorities continued to utilize the death penalty as a weapon of political repression against dissidents, protestors, and members of ethnic minority groups, as well as for purported misdeeds committed by juveniles,” Amnesty International said. Abductions and killings of dissidents and journalists based overseas are also increased.”

In his July 2021 report to the General Assembly, the Special Rapporteur on Iran emphasized the importance of the international community calling for, and assisting in, accountability for Iran’s “grave” human rights breaches.

The international community will have the opportunity to openly reply to the impunity that regime officials have enjoyed for the previous four decades in his impending report for this year. The sooner it is acknowledged and dealt with; the closer Iran will be to eventually put a stop to human rights abuses.