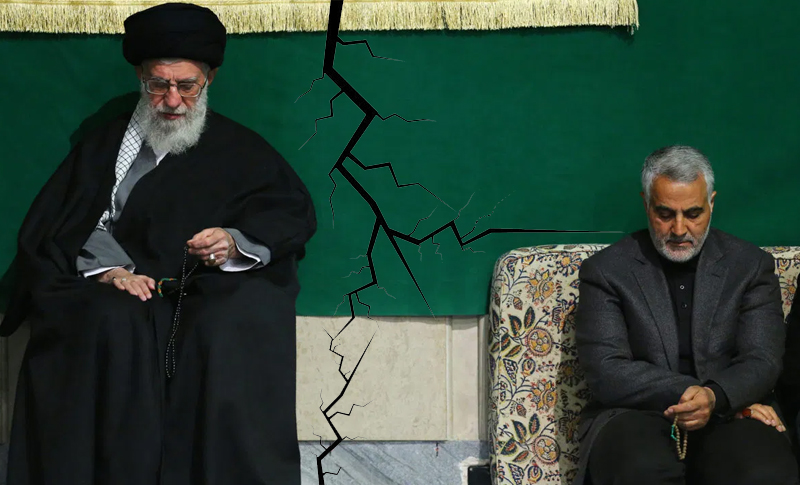 The Iranian regime’s Islamic Revolutionary Guard Corps (IRGC) Major General Qasem Soleimani was killed in a U.S. air strike early Friday January 3, 2019. Qasem Soleimani was not only a world terrorist but a blood thirsty criminal who has his hand in the blood of thousands of Iranians.

Although the regime by nominating Esmail Ghaani as Soleimani’s successor tried to replace him but the reality is that Soleimani has no equivalent. His death marks the end of an important symbol of the Iranian regime’s military propaganda and blackmailing policy.

Qassem Soleimani in the town Syrian town of Tal Ksaiba, in Salahuddin province, in 2015

After the regime’s failure in the JCPOA, the regime’s Supreme Leader Ali Khamenei focused his regime on its missile program and training paramilitary groups. Soleimani’s death will cause a vacuum of management for the most important intelligence and security projects of its system. And the reason why various western media, especially the Europeans and the likes of CNN, caution President Donald Trump and insist on the outbreak of a “World War 3” is that Soleimani’s death marked the end of any chance for any negotiations between the U.S. and the Iranian regime. Which means a tougher deadlock for the regime’s economic and internal crisis.

Soleimani acted like a “thread” to various paramilitary groups that were made in the last decades made one after the other by the regime in different countries of the region. These groups were organizing themselves under Soleimani. Soleimani’s death cost the regime a huge diplomatic price.

Soleimani was the most effective element of the regime to confront U.S. sanctions. He was an important figure in the background of Iranian regime’s policies and his death will weaken the regime. Soleimani also controlled a huge financial and religious network in the Iraqi market but also his network in the Quds Force and the IRGC will be affected.

Soleimani acted like the Foreign Minister of the regime’s supreme leader in the Middle East and drove the Iranian regime’s diplomacy which was based on terror and blackmailing, in the region.

After Soleimani’s death, the Iranian regime’s Foreign Minister Mohammad Javad Zarif said in an interview with state-run television that “they were very close” and that “he never visited Russia or any summit on Syria without speaking with Soleimani”. Zarif continued that “every time Soleimani returned to Tehran, they had “weekly meetings”.

It is impossible for the regime to replace him since he was considered the regime’s second figure after Khamenei and cannot be replaced.

On Friday January 3, Amir Nazemi, Deputy Minister of Communication and the Head of the regime’s Information Technology Organization said in a tweet “we reached a turning point and tomorrow is not yesterday anymore. The situation is irreversible.”

A Strategic Loss for the Regime

He was in fact one the most beloved “henchmen” of Khamenei. The IRGC is the most important pillar of the Iranian regime. This is proven in the crackdowns of the Iranian people’s nationwide uprising in in November 2019 in which 1500 young innocent protesters were shot dead on the streets. The Force who opened fire on the protesters was the IRGC.

From day one, the Iranian regime’s policies were based on two elements. Internal suppression of democratic forces and movements and export of the “revolution” which means export of terrorism and Islamic extremism abroad, and the IRGC is the most important instrument to advance this strategy.

This is the reason why the IRGC was founded. The most important force for export of terrorism and extremism in the region within the IRGC was the ruthless Quds Force. A very sad example is what the Quds Force did in Syria under the command of Soleimani. More than 500,000 Syrians were killed because of the aid of the Quds Force to Syrian dictator Bashar al-Assad.

But even within the Quds Force, Soleimani had an especial role. Even before 1998, when Khamenei appointed Qasem Soleimani as the head of the terrorist Quds Force, he was the architect of the Iranian regime’s terrorist activities in the region. He was the mastermind and architect of sticky bombs in Iraq that killed thousands of Iraqis and American soldiers. This is why Soleimani was not just a “Major General”; he was, as the regime’s leaders called him, the heart of the IRGC. He was the most important pion of the IRGC. He was even more important than the current IRGC commander Hosein Salami and his role was not limited just to the IRGC and Quds Force. Soleimani was the number one executioner of the Iranian people but also Iraqis and Syrians and his death is a strategic loss for the regime.

Soleimani’s Role in Crimes against the Iranian People As commander of the Quds Force, Qasem Soleimani is responsible for the massacre of the Iranian opposition members in Iraq between 2003 and 2016. He designed attacks against Camp Ashraf and Camp Liberty, home to members of the People’s Mojahedin Organization of Iran (PMOI/MEK).

Especially the bloodbath of September 1, 2013 in Camp Ashraf, when 52 members of the MEK were slaughtered while they were handcuffed. Seven MEK members were taken hostage and still no one knows where they are. In seven attacks against the MEK in Camps Ashraf and Liberty, 141 people were killed and more than 1500 were injured.

A list of Soleimani’s crimes against the Iranian people and the opposition movement MEK is as follow: 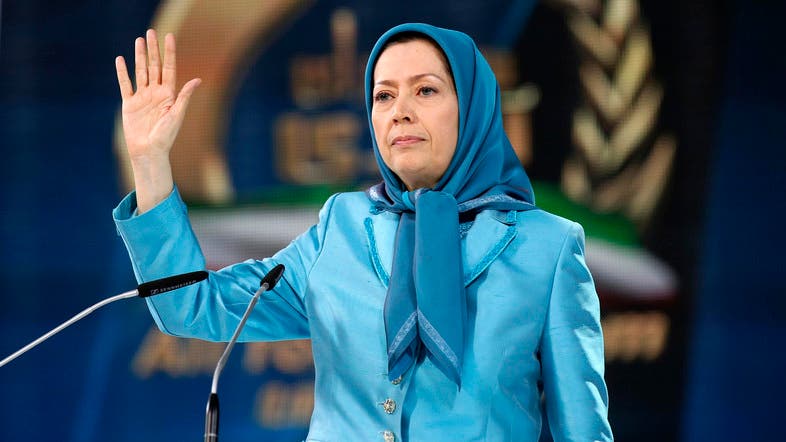 Soleimani is absolutely no hero to the Iranian people. His death was like a Christmas gift to people in Iran, Iraq, Syria and Lebanon. This is the reason why many people in Iran and Iraq celebrated as soon as they heard the news.

On Friday, the Iranian diaspora celebrated in various countries. They were cheered up, not least given the regime’s massacre of 1500 innocent youth during the November 2019 protests.

After this strategic loss, it is important to emphasize that its time to evict the mullahs from the region, especially from Iraq, Syria and Lebanon, and expel the IRGC from these countries.

Elimination of Qassem Soleimani and Abu Mehdi Muhandes, the head of Iraq’s suppressive Bassij force, as an irreparable blow to the clerical regime.

Mrs. Maryam Rajavi, the President Elect of the National Council of Resistance of Iran (NCRI), said in her statement on Friday that “Qassem Soleimani was one of the most vicious criminals of Iran’s history. He was personally involved in the massacre of hundreds of thousands of people in the region and in driving millions of others from their homes. He was also the mastermind of the massacre of the Mujahedin-e Khalq (PMOI/MEK) in Camp Ashraf in Iraq, and of many other terrorist operations against the Iranian Resistance in that country, in Iran, and in other countries. With his elimination, the process of overthrowing the mullahs will be greatly expedited.”

“Moreover, with the death of the criminal Abu Mehdi Muhandes, the head of Iranian regime’s proxy Bassij force in Iraq and a notorious murderer, whose crimes had been exposed by the Iranian Resistance since two decades ago, the time has come for the victory of the Iraqi people’s uprising and the liberation of Iraq from the Iranian regime’s occupation.”

Mrs. Rajavi added: While the prospects for the ruling theocracy’s overthrow is within reach, it is time for the regime’s armed forces to refrain from firing on the Iranian people, lay down their weapons and surrender. The armed forces’ patriotic personnel must join the people of Iran.

Recalling the martyrdom of at least 1,500 children of the Iranian people and endless arrests during the November 2019 uprising, Mrs. Rajavi underscored: The international community, especially the European Union, must end the policy of appeasement and recognize the right of the Iranian people to resist and rise for freedom to replace popular sovereignty in place of the mullahs’ rule.

Iranians Get COVID-19 but Regime Officials Avoid it