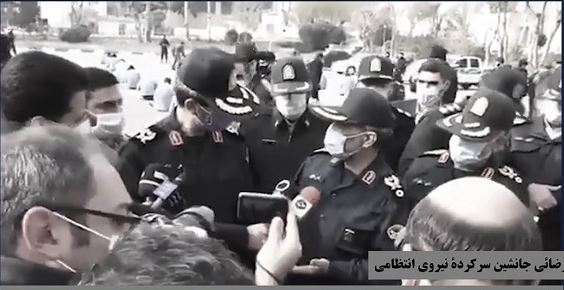 The  People’s Mojahedin Organization of Iran (PMOI / MEK Iran) and the National Council of Resistance of Iran (NCRI), reports from inside Iran indicate that at least six individuals have been executed by the regime over the past few days.

The Iranian regime continues to execute hundreds of people every year and abuses the use of the death penalty. It is very clear that the Iranian regime has no intentions of adhering to international norms and regulations with regard to human rights.

Just over a month ago, the United Nations issued a further condemnation of the regime’s human rights abuses. Only a few days later, 14 prisoners were executed. The regime made its position very clear.

The regime is extremely concerned about an imminent uprising, one that will really push the regime closer to collapse. In November 2019, the regime’s announcement that fuel prices were going to rise sparked huge protests that quickly turned into a nationwide uprising. Taken by surprise, the regime responded with extreme brutality and violence and thousands of people were killed or injured, with thousands more arrested.

Earlier this month, the deputy commander of the State Security Force (SSF), Brigadier General Qassem Rezaei, told his agents to deal with the so-called “thugs” by breaking their arms. He said that if an agent sees a thug “standing unharmed”, “you should answer why he is still unharmed”. The worrying thing is that the regime’s definition of a thug is basically anyone who dares to protest.

The 1988 Massacre of political prisoners is one of the biggest mass murders that the regime instigated. Although executions have continued since 1988, there are still huge calls for justice for the victims of this massacre. During one single summer, more than 30,000 political prisoners were executed after the Supreme Leader at that time issued a fatwa. Most of those killed were members or supporters of the People’s Mojahedin Organization of Iran (PMOI / MEK Iran).

Last month, a letter written by a group of UN experts, highlighted the “systematic impunity” that the perpetrators of this crime have enjoyed. They said that this inaction by the international community has had a very detrimental effect on human rights in Iran as a whole. This inaction, they explained, has also emboldened the regime to continue denying the atrocity and to “continue to conceal the fate of the victims and to maintain a strategy of deflection”.

And now Iran’s blatant disregard for the terms of the Joint Comprehensive Plan of Action (JCPOA) with its uranium enrichment at 20 percent should be a red flag for European policymakers. If they can ignore the regime’s repeated human rights violations at home, surely they can’t ignore such a significant nuclear threat?

Yet it appears they can. The EU adopted a new global sanctions regime that should target violators of human rights in any country, yet it continues relations with Tehran as usual, despite it being the top executioner per capita in the world.

It is time for the EU policymakers to consider human rights. These rights are upheld for citizens of the EU but they should equally be upheld for those the EU does business with.