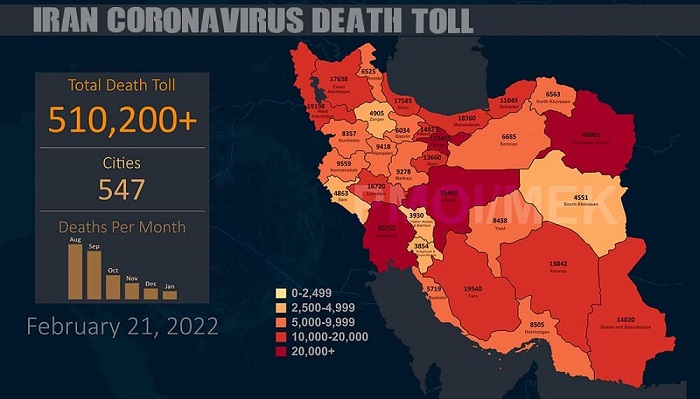 In a statement, the Secretariat of the National Council of Resistance of Iran (NCRI) quoted the People’s Mujahedin Organization of Iran (PMOI/MEK) as saying that 510,200 people had died as a result of the Covid-19 outbreak in Iran as of February 21.

While the COV ID-19 deaths have been rising due to the clerical regime’s criminal policies and practices, the health minister wrote a letter to the director-general of customs demanding the return of 820,000 doses of donated vaccines from Poland. According to Mehr news agency, in explaining the reason for the return of the vaccines, the head of the Health Ministry’s Public Relations Center said today, “Despite the initial paperwork, the 820,000 doses of vaccine originated from the United States.”