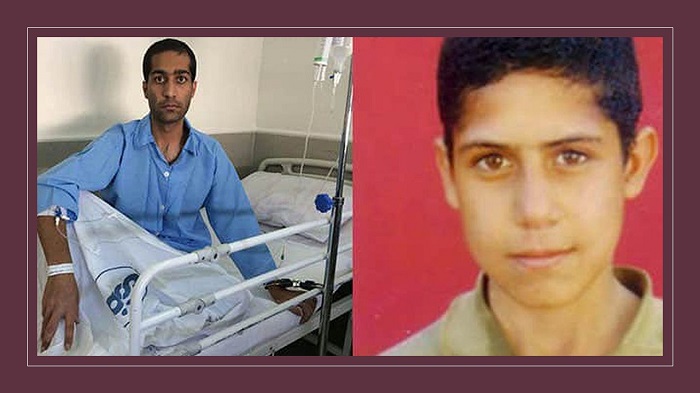 As per information obtained by Iran Human Rights (IHR), the Supreme Court has overturned the murder conviction of Mohammadreza Hadadi, a juvenile offender on death row in Shiraz Central Prison, following a judicial process under Article 477 of the Criminal Procedure Code.

Mohammadreza’s case was first brought to the attention of Iran Human Rights in 2008 when he was 20 years old. Hossein Ahmadi-Niaz, his lawyer, informed IHR in August 2020 that his client’s death sentence was “under appeal by the Supreme Court pursuant to Article 474 of the Criminal Procedure Code.” The Fars province judiciary, on the other hand, is now considering whether the penalty is in violation of Sharia law, based on Article 477 of the aforementioned statute and the principle of dar.”

Mohammadreza Haddadi was 15 years old when he was arrested in 2002 on charges of murder while stealing a car. He was born on March 17, 1988. Hadadi first pleaded guilty, but later stated that his two co-defendants had forced him into taking the blame for the murder by giving him money and informing him that he would not face the death penalty since he was under the age of 18.

According to Article 91 of the IPC, forensic doctors confirmed that he had not acquired full intellectual development at the time of his arrest. However, based on elme-qazi (judge’s knowledge), two of the three judges in his case ruled him guilty. His relatives earlier told Iran Human Rights that he has suffered from a variety of ailments while in prison that have gone untreated.

“In the cases of offenses punishable by hadd or qisas, mature people under eighteen years do not realize the nature of the crime committed or its prohibition, or if there is uncertainty about their full mental development, they shall be sentenced to the punishments prescribed in this chapter,” according to Article 91 of the new Islamic Penal Code, which was passed in 2013. The note to the Article gives judges the power to determine the defendant’s mental capacity: “The court may ask the opinion of forensic medicine or resort to any other method that it sees appropriate in order to establish the full mental development.”

Iran is one of the few countries in the world that still uses the death sentence against minors. The Islamic Republic is a signatory to the International Covenant on Civil and Political Rights, which prohibits the use of the death sentence for crimes committed by anyone under the age of 18.

The Islamic Republic is a party to the Convention on the Rights of the Child, which stipulates expressly that “neither a capital penalty nor life imprisonment without the possibility of release shall be imposed for offenses committed by people under the age of eighteen.” However, in Sharia law, the “age of criminal responsibility” for children is defined as the age of maturity, which means that females over 9 lunar years of age and boys over 15 lunar years of age are both eligible for execution if convicted of “crimes against God” (such as apostasy) or “retribution crimes” (such as murder).

Given the security state, suppression of civil society activists, and limited interaction with detainees, the number of juvenile executions is likely to be significantly greater than reported.