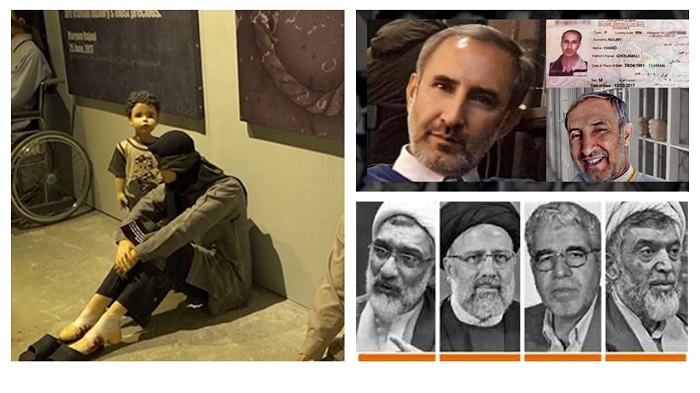 The 66th session of Hamid Noury’s trial took place on Friday. Noury, an Iranian prison officer, was detained in Sweden in 2019 for his role in the 1988 massacre of over 30,000 political detainees, mostly members and supporters of the People’s Mojahedin of Iran (PMOI / MEK Iran). Noury worked as a deputy prosecutor at Gohardasht prison in Karaj during the genocide, where the “Death Commission” sentenced hundreds of political prisoners to death.

In 1983, Amir Hoshang Atyaie, a supporter of Iran’s Tudeh (Communist) Party, was jailed when the regime forbade the group from participating in political activities. He had earlier testified on January 24 at Noury’s 61st session. He described big trucks transporting the bodies of executed inmates for days. Mr. Atyabi answered questions from Noury’s counsel and the prosecutor at Friday’s hearing.

Atyabi told the court: “For 12 consecutive nights, I saw a refrigerator truck and two guards for five nights. Consider the sound of something being dropped into a metal container. I didn’t notice the sound until the truck was piled high with bodies.”

“That day, I witnessed the most horrifying scene of my life, which continues to haunt me to this day.” I could see the two guards climbing to the top of the truck via the window. I could picture them rearranging something to make more room. I noticed they were moving bodies all of a sudden. They were holding two limbs of dead bodies, moving them around,” he said.

Atyabi had already informed the court about his attendance at the Death Commission’s kangaroo trials in Gohardasht. Following a fatwa issued by the Iranian regime’s supreme leader, Ruhollah Khomeini, in 1988, all individuals who refused to bend to the ruling theocracy and repudiate the MEK were sentenced to death. The Gohardasht Death Commission in Tehran solely asked MEK detainees if they still supported the organization. A simple ‘yes’ was enough to seal the prisoner’s destiny.

“We went to this cell every day to hear the [trials].” It was a life-or-death situation for us as well. We had a feeling they’d come after us. “The cell was packed with inmates, and the guards may have heard the noises,” Atyabi speculated.

“All of a sudden, a guard named Faraj entered the cell.” No guard had entered our [Marxists] cell since the executions began. ‘Your weight is great,’ Faraj stated to a prisoner who was larger than the rest. He was referring to the death penalty, and we were all taken by surprise.”

“There are two possible explanations. The proceedings began in the cell on the first days of the MEK members’ sentencing to the gallows. Second, they might have been looking after those from Karaj. “We could hear authorities and guards chatting before bringing the MEK members to trial,” he added.

In 1988, Khomeini considered the MEK as a serious danger to his rule and ideology because of its progressive interpretation of Islam. As a result, he made the decision to destroy anyone who refused to surrender and chose fate over faith. The entire system would prefer that those tens of thousands of young people surrender to the dictatorship and return home with the message that opposing Khomeini is pointless. Instead, these brave men and women opted to die for a cause that would inspire love, equality, and prosperity for future generations. The current uprisings in Iran demonstrate that the message and spirit of those who were executed in 1988 live on and that their deaths were not in vain.