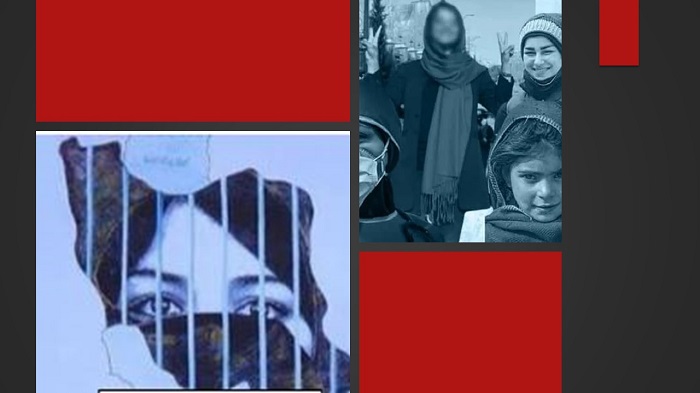 The NCRI Women’s Committee published its Annual Report 2022 on the eve of International Women’s Day, analyzing the previous year as Iranian women lead the battle for freedom and equality in Iran.

Mona Heydari, a young bride, was recently beheaded, shocking the world. The cold-blooded murder of this 17-year-old mother by her husband was the latest in a long line of honor killings and femicide in Iran in recent years.

The sad occurrence failed to inspire any feeling of urgency in the mullahs’ parliament to approve the long-overdue bill on domestic violence. It’s no surprise that the regime’s supreme leader and authorities remained silent in their condemnation of the heinous murderer. The religious dictatorship, which has institutionalized and fostered brutality over the years, is at the foundation of these inhumane and misogynistic crimes.

Women’s executions have increased dramatically under Ebrahim Raisi in the last year. Seven women were executed in less than a month, setting a new record for this mass murderer and henchman of the 1988 massacre.

There was no action taken by the Iranian leadership to benefit or empower women. Instead, they passed legislation and committed actions that furthered their objective of marginalizing women and removing their few remaining rights.

All of these grim situations, however, have a silver lining. Iranian women, in contrast to the mullahs’ desire to keep them at home and occupied with having children, flocked to the streets at every opportunity to protest the clerical regime’s persecution. They also brought their children to the 24-hour sit-ins in the streets.

Mothers whose children were slain by security forces during the uprisings have been outspoken from the beginning, demanding justice for their children without fear of being arrested, imprisoned, or tortured.

Rather than being denied political engagement and decision-making due to systemic discrimination, Iranian women took the lead in nearly every protest, strike, and demonstration to play a role in determining their country’s fate. They organized themselves into Resistance Units and led the uprisings. Their contribution is critical in breaking the shackles of tyranny.

Iran’s heroic women willingly pay the price of freedom whenever they face arrest and detention. Even when imprisoned, they continue to promote optimism and actively encourage aggressive opposition to the system. Iranian women are leading the battle for freedom and equality, and they have the backing of their sisters all around the world.

5 days after tragic murder of Mona (Ghazal), none of the Iranian regime’s top leaders or officials have condemned or taken a stand on it!https://t.co/QiABCEr4bq