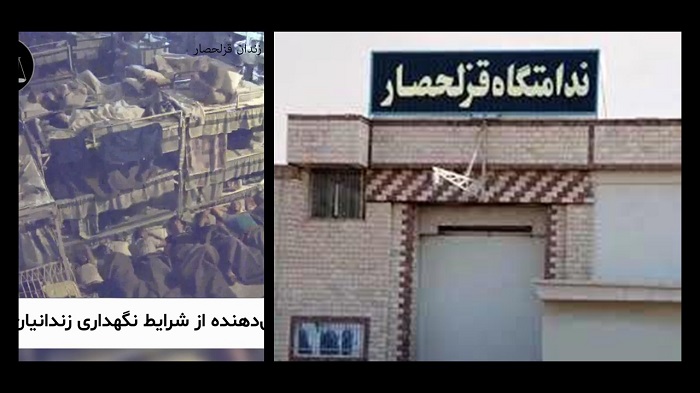 “We, Iranians, are political prisoners of this authoritarian regime, and we will use the 10 Day Fajr Ceremonies to restart widespread protests,” the group stated.

Edalat-e Ali also released documents, including a list of 1,846 demonstrators arrested during the insurrection in November 2019 and the charges they faced. For charges such as “disturbing the order,” “propaganda against the regime,” “insulting the regime’s officials” on the internet, and “gathering and coordinating with the aim to act against national security,” these people were imprisoned and tortured.

Many of these persons have received sentences ranging from one month to ten years in prison, with a significant proportion receiving flogging as well.

For instance, the charge against one of the detainees reads: “He frequently appeared at the rally site on Pirouzi Street and texted his relatives to show off.” This person was sentenced to one year in prison and 74 lashes.

For parking a car diagonally across the area where the commotion was taking place, another person was sentenced to one year in prison and 20 lashes.

The group also sent a “very confidential” document to Iran International in London, which showed Iranian officials in the judiciary discussing international courts that are investigating human rights violations in Iran and making recommendations on how the Iranian regime should deal with these courts.

An official of the Justice of Tehran Province has made several recommendations based on the Aban People’s Tribunal, the Iran Tribunal, and the Swedish Court, where Hamid Noury, a prison guard and complicit in the massacre of political prisoners in 1988, was tried. Mir Mostafa Seyed Ashrafi, Deputy Prosecutor and Head of the Tehran International Court of Justice, signed one of the recent documents with the subject “human rights trials against the Islamic Republic of Iran in Europe” on November 15.

Seyyed Ashrafi addresses Ali Al-Qasiemehr, Tehran’s Public Prosecutor, in this report, explaining the process of the three international trials now or previously held in London, Stockholm, and The Hague, as well as some clarifications.

Following these explanations, the Tehran Deputy Prosecutor delivered his findings from these courts in the section “Summary and Recommendations,” which consists of nine paragraphs, as well as recommendations for how the regime should deal with these tribunals.

Despite the fact that these courts “had only a media component and lacked executive mandatory force,” he stated, “European courts appear to have opened the path for the trial and detention of Islamic Republic officials on their soil.”

The document also details warrants issued outside Iran for the arrest of Iran’s president, Ebrahim Raisi, who is suspected of involvement in the massacre of political prisoners in 1988.

The People’s Mojahedin of Iran (PMOI / MEK Iran) was also named as one of the “main directors” of the uprising by this judicial authority.

Regardless of the composition of the group, information leaks and infiltration into the regime’s most sensitive command and control centres have become the “new reality.”

Tehran has spent decades repressing opposition on the streets and torturing political prisoners in its dungeons in order to demonstrate power and total rule over the country. Leaked data demonstrates that terror is slowly but steadily changing fronts as the nation stands tall to challenge the government and justice in the free world begins to resuscitate the notion of “international jurisdiction.”