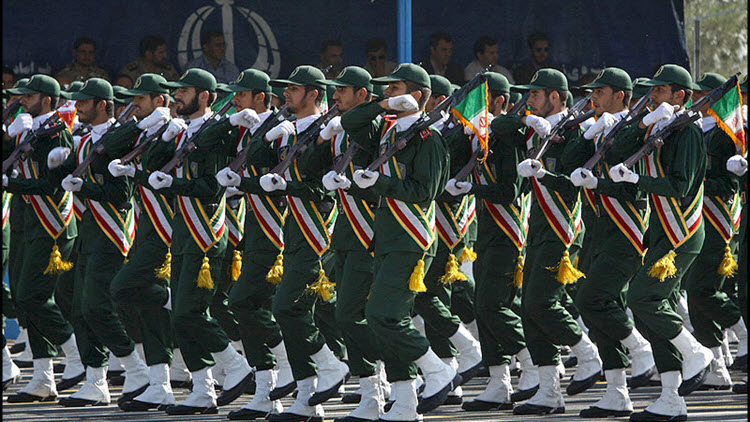 There have been many discussions in Washington about the possible designation of Iran’s Revolutionary Guards Corps (IRGC) as a foreign terrorist organisation. Many officials are for the designation, but lobbies of the Iranian regime have been trying to influence against this decision, citing many disastrous consequences.

The IRGC could be designated in one of two ways: Firstly, President Trump can issue (and cancel) an executive order or Congress can pass a bill.

What restrictions will the IRGC face if the IRGC is designated as a terrorist organisation? There are many economic restrictions such as its assets in the United States being confiscated and US banks being banned from carrying out any financial transactions with the IRGC. The US will also be able to inspect or confiscate IRGC vessels if they are in international waters.

The IRGC is in charge of a large part of the Iranian economy (estimated to be between 20 and 40 percent) so the designation would affect many areas of life in Iran including construction, transport, imports, communications and the oil and gas industry.

If the IRGC is blacklisted, there are sure to be further sanctions meaning that foreign investors will pull out of Iran. This could be potentially disastrous for the oil and gas sector in Iran. It would also be very difficult for Iran to get back into the global banking and financial system because foreign banks will be hesitant to deal with Iran given the sanctions.

On the political front, the designation would seriously jeopardise the future of the Iranian regime as the IRGC is one of the major entities that carries out its policy of suppression and the export of terrorism.

A blacklisting would mean that Iran’s presence abroad – in Iraq, Syria, Yemen, etc. – would become illegitimate and it would allow the international community to expel the IRGC from countries in which it is meddling. If it refused to pull out from these countries, it would suffer the consequences.

To list the IRGC as a terrorist organisation would generate positive consequences for the people of Iran who are being increasing repressed. It would legitimise the Iranian people’s quest for democracy and freedom and undermine the power of the Iranian regime.

Lobbies of the Iranian regime say that Iran will retaliate if its IRGS is designated as a terrorist organisation. However, although this cannot be ruled out, the Iranian regime and the IRGC appear to be able to respond to harsh policies and threats from the US. For example, after a warning from the US, Iran cancelled a planned ballistic missile launch that was scheduled for a few days later.

There is no doubt that the designation is long overdue. The West needs to take drastic action to confront the terrorist activities of Iran and to stand alongside the innocent Iranian people who have been crying out for change. The people of Iran need to finally be able to benefit from a democratic society in the same way as the citizens of the West do.