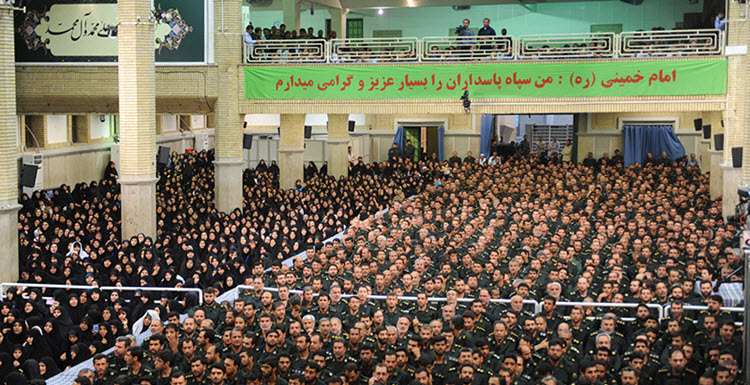 Washington has been debating whether the Iranian Revolutionary Guards (IRGC) should be designated as a foreign terrorist organisation. Congress has taken into account several bills but lobbies of the Iranian regime are claiming that there will be terrible consequences to this.

The lobbies say that there will be a big backlash from Iran if the designation happens. However experts deny this will happen – they say that it will finally start to put limits to how far the Iranian regime can reach outside its own country.

To designate the IRGC will happen in one of two ways. Firstly, President Trump could issue an executive order. Alternatively, a bill can be passed by Congress.

So what would designating the IRGC as a foreign terrorist mean in practical terms? First of all, IRGC assets in the US risk being confiscated and no US citizen or company will be allowed to do business with the IRGC. American banks will also ban financial transactions.

A big blow to Iran will be that its IRGC ships will risk being confiscated by the United States. This is significant because it is how it smuggles weapons, ammunition, and so on, abroad.

These consequences will severely hamper the whole of the Iranian regime – not just the IRGC. It is the IRGC that is in charge of the spread of terrorism, therefore a blacklisting will have wide repercussions. This could be the start of stability coming back to the region.

The IRGC has a shockingly vast control over the country’s economy and its wealth of resources such as oil and gas. It has been reported that the IRGC has annual sales figures of between $10 and $12 billion.

The IRGC has instigated so many terrorist incidences across the Middle East and has played a leading role in Syria – it has trained, backed, financially supported and armed militia groups and has propped Syrian dictator Assad up since the start. The designation would really hamper the IRGC’s involvement in the civil war and would give Syria a chance to resolve conflict.

The people of Iran are also greatly suffering at the hands of the IRGC. There has been crackdown after crackdown in the country and the Iranians are seeing and experiencing violations of their human rights every day. The designation would not only help other nations in the region, but it would also help the people at home who need it so very much.

The IRGC is terrified of the people and very fearful at the prospect of another uprising like the one in 2009. To designate the IRGC as a terrorist organisation would show the world that human rights violations will not be accepted anywhere.