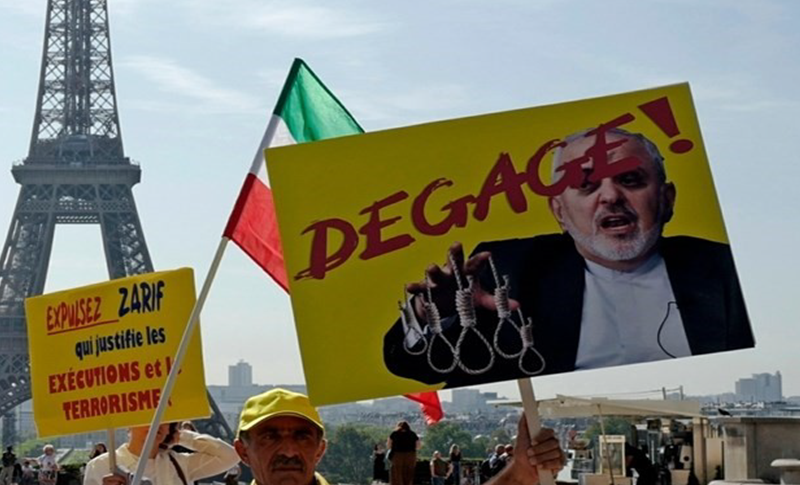 The week-long trip of Mohammad Javad Zarif, the Iranian Regime’s Foreign Minister, to Sweden, Finland, Norway and France caused outrage among the Iranian diaspora and turned into a fiasco for Tehran.

Zarif, labeled as a terrorist-enabler and sanctioned by the Trump administration on July 24, visited Europe this week, and according to the state-run Keyhan newspaper on Saturday, tried desperately to “find the key in Paris” even though “Europeans have no intention or show no move to uphold their promises.” At the end, he gained nothing but disgrace, and anywhere he went, he was faced with angry protesters.

The protesters say the invitation to Zarif will embolden the regime to intensify its repression of the Iranian people and its export of terrorism and crises to the Middle East.

Mr. Jean-Francois Legaret, Mayor of 1st Arrondissment of Paris, installed a large banner in front of his city hall in protest to Zarif’s visit. “Iran’s Mullahs and its Foreign Minister violate our principles. We do not welcome them,” the banner read. 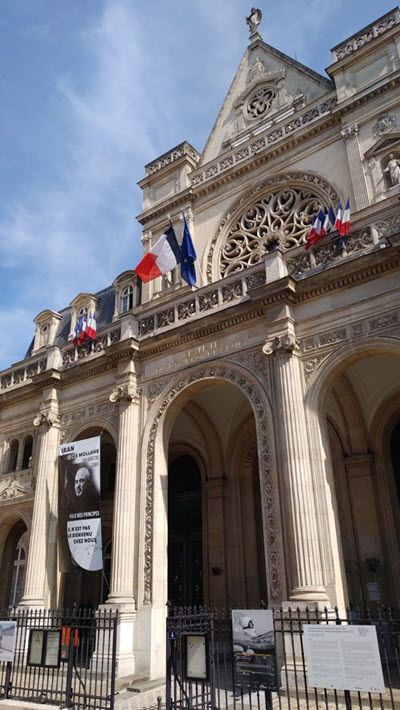 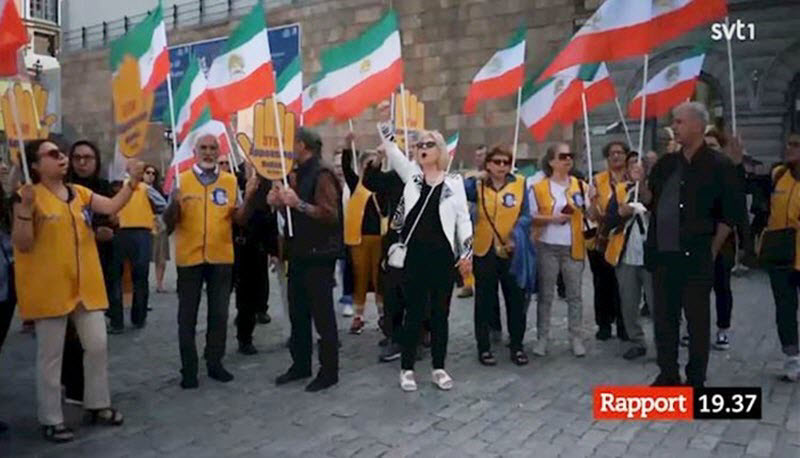 Zarif Not Welcome in Europe!
Reuters TV covers protests in #Paris against #Iran regime’s FM.
Hundreds of demonstrators, many exiled members of the Iranian opposition, gathered on Friday in Paris to urge @EmmanuelMacron to cancel a meeting with @JZarif #Ban_Zarif pic.twitter.com/BpthSuYWcM 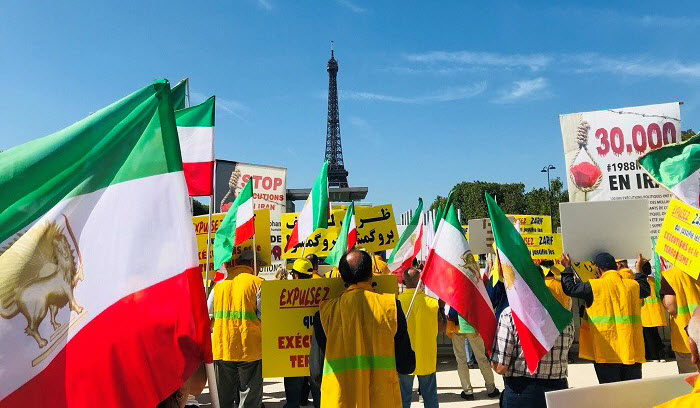 Continuing protests angered Zarif to the point that, in an interview with the state-run Press TV on August 21, he attacked the Iranian protesters who were demanding his expulsion from Europe. “Ask anyone of those individuals standing outside to attend any meetings by Iranians (meaning the regime’s Revolutionary Guards and agents) and then see whether they would survive. They would not stay alive for a minute…. They cannot stay in Iraq either because the people of Iraq (meaning the regime’s proxies in that country) will eat them alive,” Zarif said in an interview with Press TV.

In 2018, five Iranian diplomats, including an ambassador, were expelled from Europe for their direct role in terrorist plots against the Iranian Resistance and dissidents in France, the Netherlands, Denmark, Germany, Belgium and Albania.

The regime is running out of time and Europeans are running out of options. Iran belongs only to the people of Iran. Furthermore, it is necessary to support the Iranian people and recognize their right to resist against the mullahs’ regime.

The Iranian protests in European capitals also called on G7 leaders, who will be meeting this weekend in France, to blacklist the regime’s Islamic Revolutionary Guards Corps (IRGC). They also urged international support for the main Iranian opposition group People’s Mojahedin Organization of Iran (PMOI, Mujahedin-e Khalq or MEK) and the democratic 10-point plan of Iranian opposition leader Maryam Rajavi.

At a time when the regime of Tehran is under intense pressure from a restive population and international sanctions, there will be no better opportunity to stand with the Iranian people and the democratic alternative to the tyrannical rule of the mullahs.