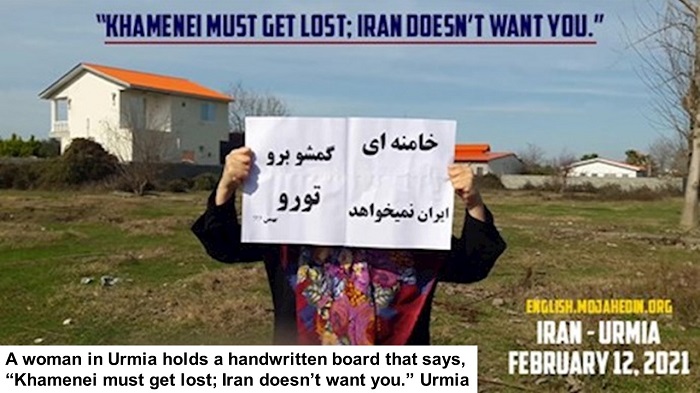 After the Muhammad Reza Pahlavi fall in 1979, Iranian media have tried to promote the founder of the Islamic Republic, Ruhollah Khomeini, as a keen supporter of the oppressed in Iran and a keen defender of human rights for the Iranian people.

The National Council of Resistance of Iran (NCRI), and the People’s Mujahedin of Iran (PMOI / MEK Iran) reported that the 42nd anniversary of the revolution is remembered, the Iranian media has issued a report stating that “the promises made by Khomeini during the post-revolution period” were “false promises,” none of which were fulfilled during the rule of Khomeini or his successor, Ali Khamenei.

The promises made by Khomeini after the revolution were the following:

It has been more than 40 years since these promises were made but none have been realized. Today the Iranian people suffer from deteriorating infrastructure services, poorer living conditions, and Khamenei spending other people’s money on projects and plans in the region with the support of armed militias and terrorist groups stating that the products are exporting the revolution.

Some of the first promises made by Khomeini just after arriving in Iran were to include freedom, democracy, and the chance for the people to choose the representatives in government. This never took place and the regime just pushed its own belief systems.

Khomeini tried to prevent popular protests from taking place, in particular, the hijab protests and the 1988 massacre when it has been estimated that 30,000 political opponents of the Khomeini regime were executed. Most of the victims were members of or affiliated with the Iranian opposition People’s Mojahedin Organization of Iran (PMOI / MEK Iran).

On March 31st1979, Khomeini acknowledged the revolution was to do with the people’s struggles and he promised to build homes for the most oppressed. He said “We are building homes for the weak all over Iran.

Confiscating the money and wealth of the Shah and his brothers are sufficient to build a state. The revolution is obligated to build homes for workers and the poor, and make their lives prosperous.”

Over time, data monitored by the US State Department discovered that the total wealth of Iranian officials involved in potential acts of corruption was worth billions of dollars. Former Central Bank Governor, Mahmoud Bahmani, was accused of taking approximately $2.7 billion in export revenues from Iranian crude oil and gas years ago.

None of the promises of solving discrimination against religious and ethnic minorities in Iran took place. But in the early days of the revolution, Khomeini gave a speech when he referred to the rights of religious minorities. He said “All the Iranian people share rights with the nation, and everyone will be granted their rights. Religious minorities in Islam are respected and have rights.” The reality of all these empty words was Khomeini carrying out executions against the following:

The idle promises of freedom for women never came close to taking place and soon he made wearing the hijab mandatory.  In the 1980s, massive protests took place against the compulsory wearing of the hijab.

Another one of Khomeini’s promises was putting to an end the assassinating of opponents of the regime but he continued with these atrocities and so have his successors.