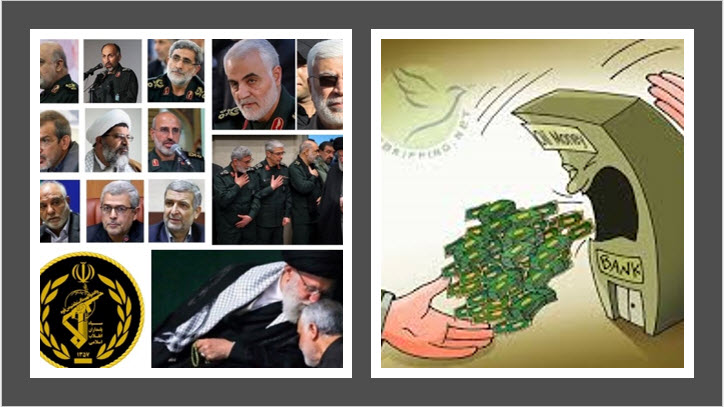 Taxation is a key tool for regulating wealth in favor of the poor. Furthermore, the government’s tax funds are utilized to strengthen public services and welfare. However, under the Iranian regime’s budget bill, taxes are utilized to compensate for the percentage of the budget that has been allotted to its destructive behavior. The government boosted taxes by 62 percent over the previous year, generating $21 billion in revenue.

The legislation in Iran applies to everyone except the regime’s businesses and financial organizations. Every small business and firm is expected to provide its balance sheet, performance account, and profit and loss statement, although the regime’s institutions and companies are not required to do so.

According to the state-run news website Eghtesad News, “60 percent of Iran’s national wealth is in the hands of the four institutions ‘Execution of Imam Khomeini’s Order,’ ‘Khatam-al Anbiya Construction Headquarters,’ Astan Quds Razavi,’ and ‘Mostazafan Foundation,’ none of which has any connection with the government or the Parliament.”

The Execution of Imam Khomeini’s Order, headed by the regime’s supreme leader Ali Khamenei, is a conglomerate of businesses and properties worth billions of dollars. This institution has not disclosed any financial information regarding its assets or operations.

He also stated why the financial records and tax payments of the Headquarters are not made public. “To avoid the exposure of the base’s financial information, a trusted person should be hired to carry out these activities,” he stated. “As a result, a separate tax branch has been formed for the base with specialized people.”

Additionally, HQ owns over 60 piers in southern ports and smuggles billions of dollars into the country each year.Astan Quds Razavi has built an economic empire that includes hundreds of various businesses and institutions. All of its subsidiaries’ revenues are added to Khamenei’s assets. This institution is tax-exempt according to an order issued by the regime’s former supreme leader, Ruhollah Khomeini, on April 9, 1989.