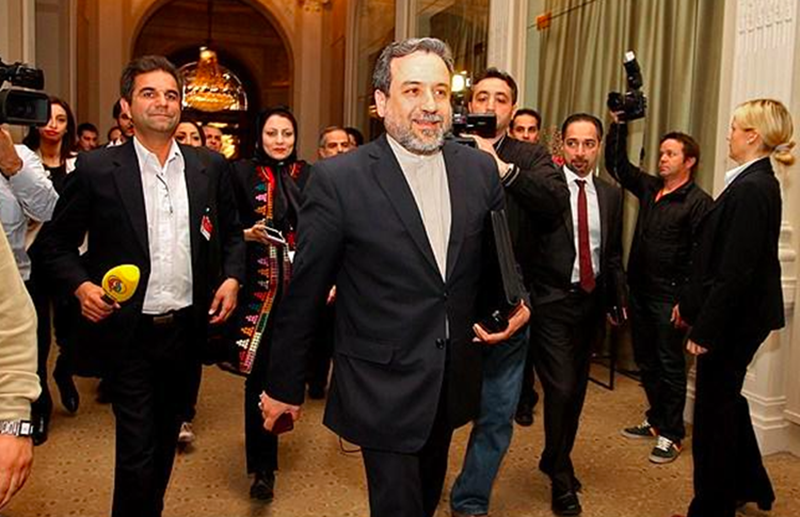 When the 2015 Iranian nuclear deal was being negotiated, the Iran lobby claimed that its passage would embolden the so-called moderates within the Iranian Regime and help deliver a stable Iran that could be brought back into the global fold.

However, since the deal was signed, it appears that the opposite was true. The deal actually caused the Regime to move further away from a moderate government and towards a right-wing dictatorship, that attacks its dissenters at home and abroad.

The biggest dissenter group is the Mujahideen-e Khalq (MEK), the oldest and largest Iranian dissident groups working to promote democracy and freedom within Iran. Over the years, this group has worked tirelessly to expose the malign activities of the Iranian Regime that are hidden from the world’s view, like its then-clandestine nuclear programme in 2003.

The MEK provides all sorts of evidence about the Regime’s crimes, from photos of gruesome public hangings to videos of anti-regime protests to in-depth reports about the corruption that is deep within the Iranian Regime. This is incredibly damaging to the Regime, who seek to pretend to the world that the Regime is popular and that the Iranian people share the horrific views of the mullahs.

As such, the Regime has waged war on the MEK in many ways, from propaganda campaigns in Western media to rocket attacks on refugee camps in Iraq housing MEK members to the 1988 massacre of 30,000 political prisoners, mainly from the MEK, in Iran.

The pressure is growing on the mullahs, as its economy flounders and its currency falls in value, and they have become increasingly desperate to maintain their shaky grasp on power, which is why they have struck out against the Iranian people and their organised resistance.

Earlier this month, two Iranian men were arrested in the US for spying on the MEK and its affiliates in America.

Ahmadreza Mohammadi Doostdar, 38, a dual US-Iranian citizen, and Majid Ghorbani, 59, an Iranian citizen and resident of California, were indicted on Monday for “conducting surveillance of [the Regime’s] political opponents”, acting as agents of Iran, violating US sanctions, and conspiracy, according to Assistant Attorney General for National Security John Demers.

They each face up to 35 years in prison.

Ghorbani took photos of participants at a MEK rally in New York in September 2017, for which Doostdar paid him $2,000 in cash, and another rally in Washington, DC, according to the Justice Department.

Michael McGarrity, acting executive assistant director of the FBI’s national security branch, said: “This alleged activity demonstrates a continued interest in targeting the United States, as well as potential opposition groups [like the MEK] located in the United States.”

While, last month, Belgian authorities arrested an Iranian couple and charged them with “attempt at terrorist murder and preparing a terrorist crime” for their role in the planned bombing of the MEK’s Free Iran gathering in Paris. German authorities arrested an Iranian diplomat from Vienna who had hired the couple and supplied them with the explosives.

The Iranian Regime has also arrested many more dual-nationals, particularly those with ties to the West, alongside the widespread imprisonment of protesters.

The Iran lobby has been notably silent on these issues, which proves that they are promoting the Regime’s narrative and should not be trusted.