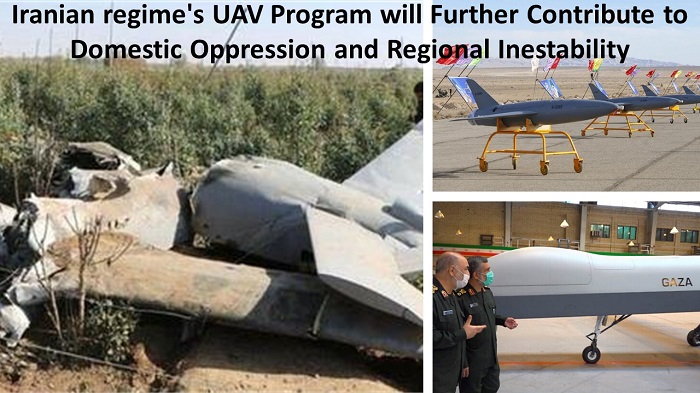 In 2011, back when Iraq had already come under the control of Tehran, Obama removed all challenges to Iranian influence by pulling American troops out of the country.  On a roll, Obama negotiated the Joint Comprehensive Plan of Action, and even more problematic nuclear weapons agreement, and freed up 141 billion dollars in frozen Iranian assets.

None of that money, however, ever reached it to the Iranian people. Instead, it went entirely to cement Iran’s position as the world’s leading exporter of state-sponsored terrorism. Despite what friendly Washington and European politicians claim, Iran used some of that financial windfall to advance its nuclear weapons development programme.

The Islamic Revolutionary Guards Corps (IRGC) and its subordinate Quds Force received the majority of the remaining funds, allowing them to extend offensive operations across the area. With Iraqi airspace and ground channels entirely open, Iranian military equipment, technology, and troops are being routinely transported to Syria and Lebanon. Smuggling is required to support Hamas in Gaza. In the end, these activities are aimed at destroying Israel. Air and marine carriers are required for transports to Yemen with the goal of destabilising the Arabian Peninsula.

An Iranian weapon system that has progressed

The drone programme is the asymmetric Iranian weapon system that has progressed the most in terms of research, development, and deployment over the last two decades. The drones can be easily deployed against minority populations, on dissident demonstrations and targets, and shipped out of the country to extend Iran’s terrorism reach elsewhere in the Middle East, thanks to eight manufacturing centres and seven maintenance/deployment facilities located in the Persian-Shia sections of Iran.

Unlike American and European politicians, the United States Central Command has not shied away from the mounting threat. General Kenneth McKenzie, the force’s commander, claimed earlier this year that the region has become a “proving ground for the proliferation and employment of unmanned weaponized systems, many of which originate in Iran.”

Iran has already struck a Saudi Arabian oil plant using drones launched from Yemen. Several senior Yemeni officers, including the military intelligence commander, were murdered in another drone attack. Larger drones have been used to deliver bombs so far. Crop-dusters are being phased out in favour of drones. It’ll only be a matter of time until lethal chemicals are loaded into spray tanks and used to assault population areas and sports events. Iran is just the terrorist nation to do it.

The Middle East is currently being exploited as Iran’s “proving ground,” according to General McKenzie. Political leaders in the United States and Europe must transcend beyond accepting and believing the Iranian regime’s rhetoric.

The US has released an investigation report

The US Department of Defense has released an investigation report linking the IRGC to the deaths of over 600 American military members in Iraq. In 2018, Iran’s Ministry of Intelligence and Security attempted to detonate a bomb near a rally in Paris attended by hundreds of foreign dignitaries, including a number of Americans. The arrest of the Iranian terrorist cell and the seizure of the explosives were made possible by European police vigilance. It’s unlikely that this attack could have been halted if it had been planned using drones.

Drone assaults in America and Europe are only a matter of time, and American leaders and citizens must stop falling for their trickery. General McKenzie is correct; the Middle East serves as a testing ground. The final goals will be Israel, Europe, and the United States.