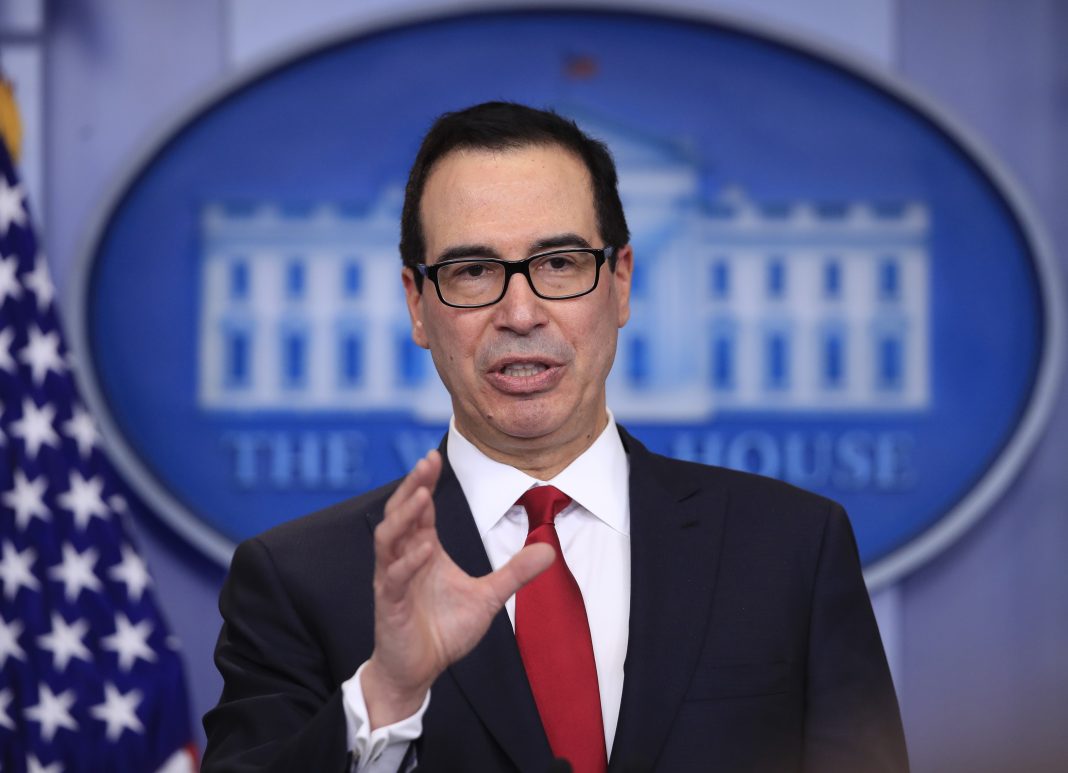 by Saeed
The US has expanded its economic campaign against Iran by imposing sanctions on airlines that are transporting troops, weapons and money to Syria to keep dictator Bashar Assad in power and Lebanon to keep the region embroiled in war.
On May 24, the Trump administration sanctioned the Islamic Revolutionary Guard Corps’ (IRGC) private airline, Mahan Air, which is said to be one of the main air links for Iran’s proxy forces. It is already blacklisted by the US and most of Europe.

In addition, the US also sanctioned five other airlines, including Iran’s Meraj Air, and Turkey’s Caspian Airlines and Pouya Air. In total, 31 aircraft were specifically designated.

US Treasury Secretary Steven Mnuchin said: “The deceptive practices these airlines employ to illegally obtain services and US goods is yet another example of the duplicitous ways in which the Iranian regime operates.”
This crackdown aims to “close loopholes” for these airlines to purchase aviation parts in violation of American sanctions and to flatten Iran’s economy to prevent the state from developing nuclear weapons or taking over the Middle East.
According to experts, the Iranian Regime uses these planes to illegally transport fighters and weapons, including missiles, to Syria in “civilian” aircraft, with IRGC officers in charge. These shipments would be disguised as imports or aid.
The Foundation for Defense of Democracies (FDD) reported in 2017: “The IRGC is also known to disguise and manifest such shipments as medicine and generic spare parts, and IRGC officers have discouraged Iran Air pilots from inspecting potentially dangerous IRGC-related cargo being carried aboard commercial Iran Air aircraft, including to Syria.”
In fact, this is one reason why Israel frequently targets Damascus international airport, as this is where the IRGC and Iran-backed Hezbollah maintain arms depots.
Most of these flights happen at night to evade satellite surveillance and some “civilian” aircraft have also been observed landing at military airfields.

The FDD wrote: “The flights frequently disappear from tracking systems once they enter Syrian airspace, though radar shows them landing at Damascus, or at other Syrian airfields, both military and civil.”
Iran’s plane problems
Iran had hoped to replace its ageing fleet of planes by doing deals with Europe’s Airbus and the United States’ Boeing, but these plans are now under threat, ever since Donald Trump pulled out of the 2015 nuclear deal with Iran and five other world powers. While the other signatories are trying to save the deal, there is no guarantee that they can get protect their businesses from US sanctions.
Even before the nuclear deal went south, Iran had been buying up older planes regionally and making plans to update them using illicitly purchased US equipment.
How to stop Iran
While the economic sanctions against Iran are a good first step, they should be followed up with US support for the Iranian Resistance and their fight for a Free Iran. One way to show this would be for Trump to send a delegation to the Free Iran Grand Gathering on June 30.