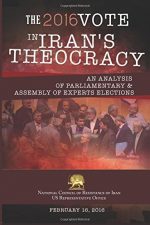 This book examines all the relevant data about the 2016 Assembly of Experts as well as Parliamentary elections ahead of the February 26, 2016 elections date. It looks at the history of such elections since the 1979 revolution and highlights the current intensified infighting among the various factions of the Iranian regime.

PURCHASE BOOK HERE.
From the organization that revealed the existence of illegal uranium enrichment and heavy water reactor sites in Iran in 2002, which triggered the inspections of the Iranian nuclear sites by the International Atomic Energy Agency (IAEA), Iran’s Nuclear Core:

Uninspected Military Sites, Vital to the Nuclear Weapons provides a groundbreaking description of the Iranian nuclear program and examines truths that are too often ignored.

hile shedding light on this topic, the book describes the nuclear weapons program of Iran as not simply being parallel to the civil program, but as existing at the heart of the nuclear program itself. It provides details about the Iranian regime’s use of the civil nuclear program to both cover up and support the weapons program, and thoroughly describes multiple weaponization and research sites across the country. Many aspects of this operation have been kept hidden by The Islamic Revolutionary Guards Corp (IRGC) from the prying eyes of both the world and the United Nations.

Iran’s Nuclear Core supplies an unprecedented glimpse into a system that is designed to be undetected, illustrating the tactics of manipulation that the IRGC has used since the program’s beginnings. Its in-depth depictions of the underground tunnel systems and other facilities at the military sites allow readers to understand how the Iranian regime has avoided international inspection for decades. Not only do the authors provide details of the uninspected sites and related satellite imagery, but they describe further elements of the organizations involved and the names of experts related to the nuclear operation. Many of these experts have been part of the weaponization program from the beginning, although as the book describes, the structures and names of the organizations have frequently changed in order to maintain secrecy. Iran’s Nuclear Core portrays a concealed nuclear program that extends deep into the foundations of Iran, even giving accounts of universities being used for research facilities and as fronts for the true intentions of the regime.

The nuclear weapons program of Iran is a crucial issue that is often underestimated. Iran’s Nuclear Core brings these concerns into the forefront of political discussion with a never-before-seen level of scrutiny and detail. Moving forward, the information supplied by this book will be vital to revealing the truth about the Iranian nuclear program and holding the regime accountable.

The Rise of the IRGC Financial Empire 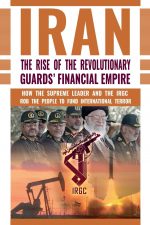 PURCHASE BOOK HERE.
This manuscript examines some vital factors and trends, including the overwhelming and accelerating influence (especially since 2005) of the Supreme Leader and the Islamic Revolutionary Guard Corps (IRGC). This study shows how ownership of property in various spheres of the economy is gradually shifted from the population writ large towards a minority ruling elite comprised of the Supreme Leader’s office and the IRGC, using 14 powerhouses.

How the IRGC Uses Cyberwarfare to Preserve the Theocracy

This manuscript demonstrates how the Iranian regime, under the supervision and guidance of the Islamic Revolutionary Guard Corps (IRGC) and the Ministry of Intelligence and Security (MOIS), has employed new cyberwarfare and cyber tactics in a desperate attempt to counter the growing dissent inside the country, in particular the nationwide uprising that erupted in late December 2017.

NCRI-US reveals information about the regime’s new wave of cyber repression, and key players involved. This book shows how a domestic mobile apps marketplace modeled after Google Play, is supervised by the IRGC to distribute spyware-enabled apps. IRGC front companies are developing spyware-enabled apps for cyber-surveillance and repression. Ironically, some of these apps are available on Google Play, Apple Store, and GitHub, potentially exposing millions of users worldwide to the regime’s spyware and surveillance. On February 15 2018, NCRI-US held a press conference to discuss the findings in this report.

Iran: Cyber Repression is a timely exposé of state-sponsored cyber warfare targeting Iran’s own citizens and the outside world. NCRI’s sources deep in Iran lay bare the means and methods with which the Islamic Revolutionary Guard Corps (IRGC) and the Ministry of Intelligence and Security (MOIS) are engaging in persistent end-point surveillance of dissidents by employing a web of front companies, to produce spyware-enabled mobile apps. Even more disturbing, the IRGC has successfully deployed these spyware-enabled apps beyond Iran, making them available on global mobile app marketplaces, potentially exposing millions of users worldwide, including in the United States. We must act now to protect the dissidents in Iran and heed the dangers in the U.S. It is a warning we ignore to our peril.

Fox News exclusively confirms that Google has shut down an Iranian backed app called Telegram Black and banned its developer from Google’s platforms. This as U.S. officials ring alarm bells about Iran waging cyber warfare against the United States … Google banned the Iranian government spyware app after the National Council of Resistance of Iran issued an alarming new report. It exposes how Iran’s military has manipulative mobile apps to surveil thousands of its own citizens. The report warns that Western countries are now in the Iranian regime’s sites. 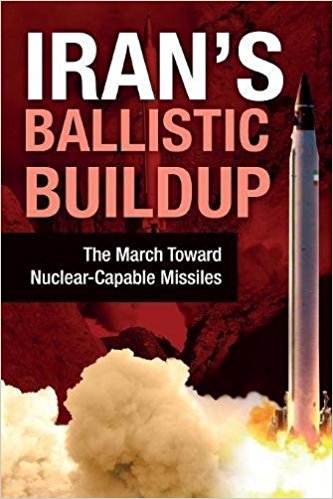 This unique manuscript surveys the regime’s missile capabilities, including the underlying organization, structure, production, and development infrastructure, as well as launch facilities and the command centers operating inside Iran.

This report has been complied based on intelligence and information obtained by Iran’s main organized opposition movement, the Mujahedin-e Khalq (MEK), from inside the Islamic Revolutionary Guard Corps (IRGC) and other regime military institutions in charge of missile development.

The book exposes the nexus between the regime’s missile activities and its nuclear weapons program, including Tehran’s ties with Pyongyang.

Contrary to the spirit of the July 2015 nuclear deal, the clerical regime increased the number of tests of ballistic missiles capable of carrying a nuclear load. This, coupled with illicit exports to other rogue actors in the Middle East, is prompted by the regime’s domestic weaknesses and vulnerabilities.

A Writ of Deception and Cover-Up 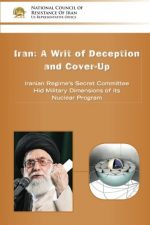 PURCHASE BOOK HERE.
Based on reliable information obtained by the Mujahedin-e Khalq (MEK) network inside Iran, a top-secret committee is in charge of drafting the answers to the International Atomic Energy Agency (IAEA) regarding the Possible Military Dimensions (PMD) of Tehran’s nuclear program. Top officials from the Islamic Revolutionary Guards Corps (IRGC) and the Ministry of Defense Armed Forces Logistics (MODAFL) comprise the committee’s key members. 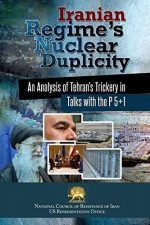 International negotiators have been engaged in talks with the Iranian regime on its nuclear program since 2002. The current approach, led by the United States as part of the so-called P5+1, is now in its final stages. While opinions may vary as to the contents and wisdom of the deal that may be taking shape, all understand that the success of any agreement will be dependent on whether the Iranian regime can be trusted to curtail its decades-long quest for a nuclear weapon. As President Obama has suggested, if this agreement results in Iran becoming a nuclear power, history will judge the signatories harshly and it will evaluate whether they acted based upon factual evidence regarding the Iranian regime’s past and current behavior. This book examines Iran’s behavior throughout the negotiations process in an effort to inform the current dialogue on a potential agreement. Drawing on both publicly available sources and those within Iran, the book focuses on two major periods of intense negotiations with the regime: 2003-2004 and 2013-2015. Based on this evidence, it then extracts the principles and motivations behind Tehran’s approach to negotiations as well as the tactics used to trick its counterparts and reach its objectives.

How Iran Regime Cheated the World 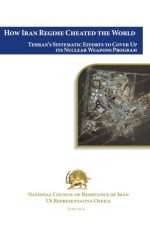 “How Iran Regime Cheated the World” deals with one of the most fundamental challenges that goes to the heart of the dispute regarding the Iranian regime’s controversial nuclear program: to ascertain with certainty that Tehran will not pursue a nuclear bomb. Such an assurance can only be obtained through specific steps taken by Tehran in response to the international community’s concerns.

The monograph discusses the Iranian regime’s report card as far as it relates to being transparent when addressing the international community’s concerns about the true nature and the ultimate purpose of its nuclear program; It relies on credible intelligence and information obtained and collected by sources affiliated with the Iranian opposition group, the Mujahedin-e Khalq (PMOI/MEK).

Despite Tehran’s insistence that it has adequately responded to all the outstanding concerns voiced by the UN nuclear watchdog, the International Atomic Energy Agency (IAEA), an impartial study of Tehran’s tangible actions and corresponding expression of attitude suggests a different account and casts serious doubt on Tehran’s claims of transparency.

This book demonstrates that at every step of the way the regime has concealed the scope of its illicit nuclear activities and often misled the world community, sometimes even taking IAEA inspectors to the wrong locations and facilities. 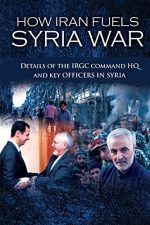 PURCHASE BOOK HERE.
This book examines how the Iranian regime has effectively engaged in the military occupation of Syria by marshaling 70,000 forces, including the Islamic Revolutionary Guard Corps (IRGC) and mercenaries from other countries into Syria; is paying monthly salaries to over 250,000 militias and agents to prolong the conflict; divided the country into 5 zones of conflict and establishing 18 command, logistics and operations centers.