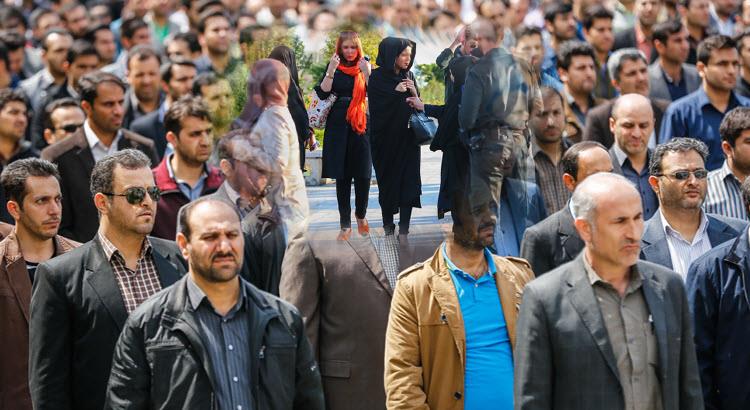 An article in the International Business Times has highlighted criticism towards Iranian President Hassan Rouhani’s latest crackdown. Rouhani has recently stepped up on supressing women. Another 7,000 morality are now patrolling the streets targeting women. Reports indicate that armed police are stopping girls as young as 12 in the street for not veiling in the correct manner.

Farideh Karimi, a member of the National Council of Resistance of Iran (NCRI) and a human rights activist has criticised Rouhani’s latest move, saying that the Iranian president has the power to halt these measures, despite Rouhani’s argument that the government could not interfere.

Karimi said that the regime is supressing women more and more with each passing day – “a tenet of the mullahs’ regime from its outset”, and this suppression is becoming increasingly blatant. He said that adding a further 7,000 forces to the streets in order to supress women furthers gender discrimination and proves that Rouhani is no different to the other mullahs. Karimi also said that the hopes for an improvement of women’s rights, advocated at the beginning of Rouhani’s time as president, is nothing but a “mirage”.

The morality police are officially presided over by Iran’s supreme leader rather than the government, though the government could influence them through legislation and feedback. Karimi said that according “to the regime’s laws, Rouhani has the authority to halt the new suppressive measures against women … By refusing to do so, he is in practice endorsing them”.

“Let’s remember that Rouhani has boasted in his memoires that immediately after the 1979 revolution when he was Chief Supervisor of the Offices and Institutions affiliated to the Iranian Armed Forces he personally issued a directive banning any women who refused to wear the veil from working or even entering into the army offices.”

Karimi reminds us that Rouhani said he wanted to “lead the way in encouraging other Iranian Ministries to impose similar measures against women” and asks how, with such a track record, can anyone believe that Rouhani has any sort of respect for women and their rights, even for something as basic as women having the right to choose how they dress.

Since 18th April, the beginning of the crackdown, numerous stories about women being stopped in their cars for playing music too loud or for not being appropriately veiled have been reported on social media. Even a 15-year-old girl recounted how she was threatened with jail because she was wearing makeup.