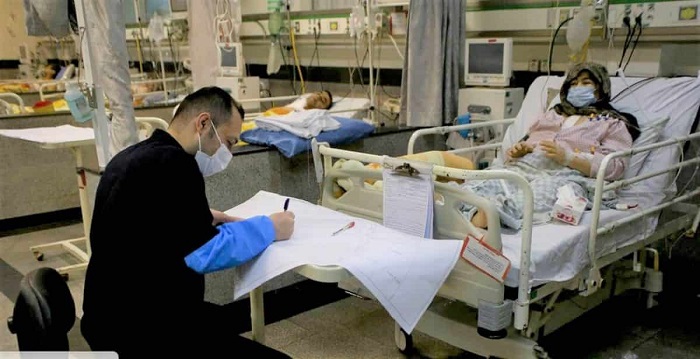 In a statement, the Secretariat of the National Council of Resistance of Iran (NCRI) quoted the People’s Mujahedin Organization of Iran (PMOI/MEK) as saying that 492,700 people had died as a result of the Covid-19 outbreak in Iran as of December 27.

“We expect Omicron to be very fast“

The Scientific Committee of the NCCT told ISNA today, “We expect Omicron to be very fast. We must intensify our preemptive actions henceforth and not wait for the number of outpatients, hospitalizations, and deaths to rise before we make a decision. In the last five COVID-19 outbreaks, we did not take preemptive actions in the true sense of the word and waited too long, until the number of hospitalizations and deaths increased, before we decided to act.”

Omicron is killing our children in Mashhad

The Omicron infection has been identified in five cities

The regime’s Health Ministry: The Omicron infection has been identified in five cities of Tehran, Mashhad, Babol, Isfahan, and Hormozgan. (State TV, December 27, 2021)

The Scientific Committee of the National Coronavirus Combat Taskforce (NCCT): Omicron’s speed is very high. We should take preemptive measures now. We should not delay deciding until COVID-19 deaths are increased as we did in the past five outbreaks. (ISNA news agency, December 27, 2021)

We had an increase in the three COVID-19 indicators

Hormozgan Medical University: We had an increase in the three COVID-19 indicators of hospitalization, death, and ICU admission last week. (ISNA, December 27, 2021)

“Omicron’s infection speed is faster and more critical, because when the Omicron’s emergence was announced long after it had been circulating in the country.” (State-run daily, Hamdeli, December 27, 2021)