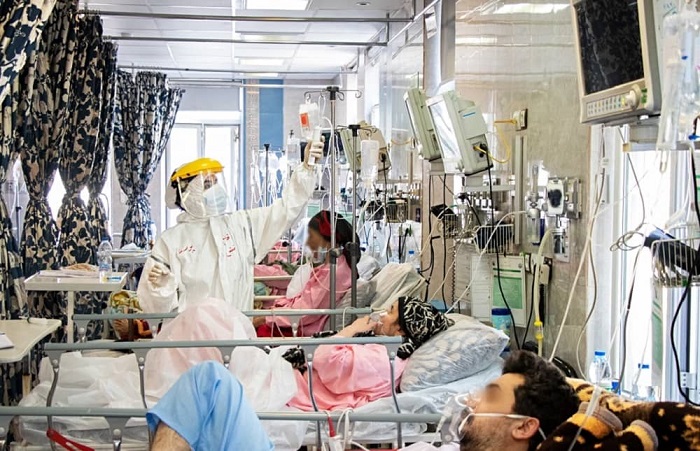 In a statement, the Secretariat of the National Council of Resistance of Iran (NCRI) quoted the People’s Mujahedin Organization of Iran (PMOI/MEK) as saying that 494,400 people had died as a result of the Covid-19 outbreak in Iran as of January 2.

As the Coronavirus death toll in Iran rises to 500,000 due to the criminal and plundering policies of the clerical regime, head of the IRGC, Brig. General Hossein Salami brazenly told ISNA today, “Our enemies gave in or are giving in to the Coronavirus, and you can see that their death toll is the highest in the world. We, however, with the blessings of Islam, our leadership (Khamenei), and wisdom and faith were able to fight against it.”

The regime’s Health Ministry: 159 positive cases of Omicron have been identified in 16 provinces in the country. (ISNA news agency, January 2, 2022)

The Coronavirus death toll during the fifth outbreak was very high

Minoo Mohraz, epidemiologist: The Coronavirus death toll during the fifth outbreak was very high. In my 45 years of medical practice, I had never issued so many death certificates. (State-run daily, Hamshahri, January 1, 2022)

Fearing the Omicron outbreak, many parents do not send their children to schools

Fearing the Omicron outbreak, many parents do not send their children to schools, and classes are empty or half full. (State-run Shahr-e-Ara daily, January 2, 2022)