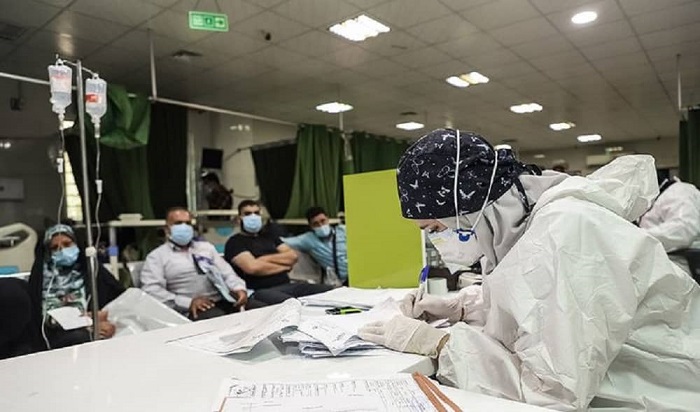 In a statement, the Secretariat of the National Council of Resistance of Iran (NCRI) quoted the People’s Mujahedin Organization of Iran (PMOI/MEK) as saying that 497,800 people had died as a result of the Covid-19 outbreak in Iran as of January 15.

Following the spread of Omicron and exposure of the regime’s cover-ups and lies, Ebrahim Raisi said: The news and information (about Omicron) should only be provided through the National Coronavirus Combat Taskforce (NCCT)’s spokesman, and no member of the NCCT or other experts in the field are allowed to offer their account on the issue because it will create tension in the society.

The regime’s Deputy Health Minister: The number of positive Omicron tests has increased, and this is alarming. All medical centers should be on alert. (ISNA news agency, January 15, 2022)

Alireza Zali, head of the NCCT in Tehran: In Semnan, Kerman, and Ilam provinces, Coronavirus hospitalization has been increasing. 26 to 27% of the samples sent were Omicron. (ISNA, January 15, 2022)