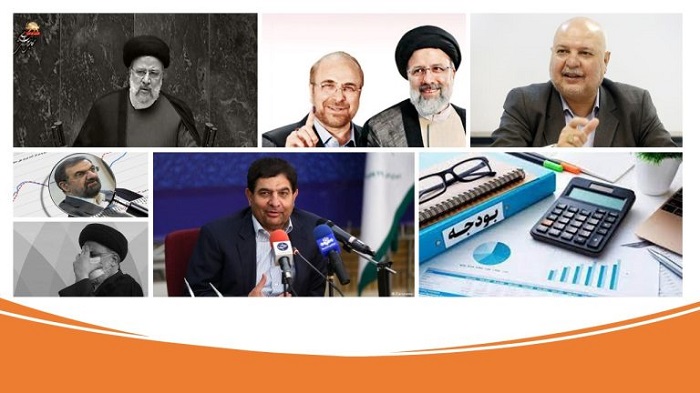 The current Iranian regime’s president, Ebrahim Raisi, and his economic team are following in the footsteps of the former president, Hassan Rouhani, in raising prices and making people’s life more difficult.

Officials from the regime are now blaming each other.

The price of red meat has surpassed 170,000 tomans per kilo, and additional price hikes are on the way, according to the regime’s media.”Per capita, red meat consumption in Iran has decreased by half in the last decade, but the trend of citizens’ declining purchasing power has continued since 1979.”

“An Iranian family of four’s annual red meat intake has dropped from 57 kg to 24 kg. On September 1, 2021, the state-run daily Donya-e Eghtesad said, “This means that each member of the family consumes an average of 500 grams of fish and 16 grams of red meat per day in the most optimistic case.”

Officials from the regime are now offering thousands of reasons for the situation and blaming each other. The Mutton Union’s president, Ali Asghar Maleki, feels that continuous exports are to blame for the price hike.

In Iran, we are on the verge of collapsing the production base

On the other hand, the CEO of the Light Livestock Union frequently refutes these allegations, claiming that no livestock has yet been exported.

Let us now imagine that the people forsake the eating of red meat and other meat products that are vital for their health in order to use their limited resources to treat other wounds in their life. But the question is whether this would fix any of the difficulties in the environment that the regime has created.

“Official reports tell us that 89 percent of Iran’s poor are former employees,” an economic analyst remarked. In Iran, we are on the verge of collapsing the production base. On December 2, the state-run website Taadol reported, “See what a humiliation they have created for governments that the ceiling of a government’s desire is to provide wages and salaries to employees.”

Iran is now on par with the poorest nations

And why is this all happening? The regime’s media publishes the answer to this. On December 28, 2021, the state-run daily Eghtesad Pouya wrote, “In the Iranian political economy, no element can explain why the scope of corruption is increasing so much as the systematic will to conceal or delete key data that allows for specialized civilian oversight.”

As a result of the regime’s economic policies and corruption, Iran is presently the only country in the Middle East receiving aid from wealthy nations in a variety of fields, after 42 years of mullah control. And the country is now on par with the poorest nations.

Iran is considered  as other poor countries such as Ethiopia

In this context, Mohammad Reza Mahboobfar, a health expert, has unavoidably made disclosures that any reader will find surprising. He claims that the German government has promised to provide the coronavirus vaccine to underprivileged countries, including Iran.

Iran, along with poor countries such as Ethiopia, Uganda, Afghanistan, Mozambique,

Madagascar, Nigeria, Burkina Faso, Mali, Malawi, Chad, Zimbabwe, Guinea, and Rwanda, would receive the coronavirus vaccine from Germany on January 1, according to Eghtesad Pouya. The vaccine will be given away, or at least a portion of it will be paid for by the COVAX International Vaccination Fund.”