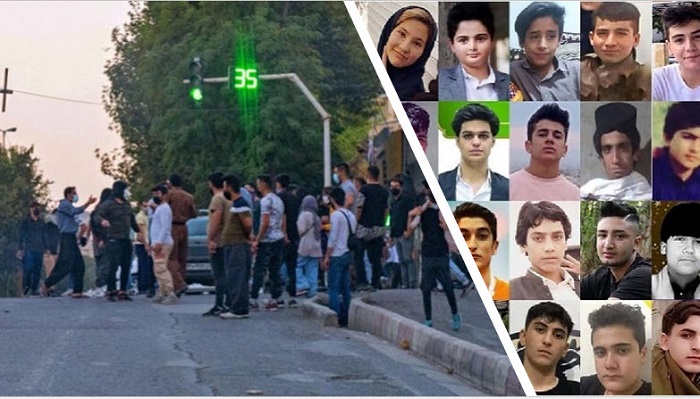 Iranians of all socioeconomic classes are demanding significant change as the nationwide uprising enters its fourth month. While many people attribute the protests to Generation Z in the country, a closer look reveals that the country’s demand for freedom and democracy cuts across generations.

Due to generational differences, protesters have been called apostles, painted as foreign agents, and their actions have been dubbed “sheer excitement”

“There are two pillars in our system: the people and the supreme leader. Their connection is critical. The enemy is targeting both pillars in this sedition [regime’s derogatory term for the uprising]. “They are targeting the forces, increasing popular apathy, and exacerbating the authorities’ fear,” Hossein Taeb, the regime’s Revolutionary Guards (IRGC) commander’s advisor, said on December 8, according to Iran’s state television.

“We are now witnessing a generation gap. How does this gap work? For instance, the youngest child questions his father’s role in the revolution or the [Iran-Iraq] war. The public hatred is the result of these increasing generation gaps,” he added.

Taeb is not the first government official to assert that the current revolution is simply the young people’s exuberant response to recent events because of the alleged generational gap. True, Iran’s young people and vibrant society oppose the regime’s backward thinking and medieval rule. This, however, did not develop overnight and is not unique to one generation.

Generation after generation of Iranians has fought for freedom ever since the mullahs hijacked the revolution in 1979. Religious fascism used hundreds of thousands of intelligent young people as cannon fodder during the war or as human masses to clear minefields.

Furthermore, the People’s Mojahedin of Iran (PMOI/MEK), which has preserved the value of resistance against tyranny at all costs, should not be overlooked. Let alone the dozens of significant demonstrations that have rocked the nation since the 1990s, when thousands of young people protested for regime change but were brutally shot dead or imprisoned for their efforts.

Iranians of all ages and socioeconomic backgrounds have come together to call for regime change because of these values, such as resistance and the shared objective of establishing democracy. Taeb and other state officials have attempted yet another worn-out strategy in this regard by highlighting the alleged “social divide.” It is noteworthy that the clerical regime has made vain attempts to label protesters in areas with ethnic minorities as separatists.

However, people’s national unity, as exemplified by slogans like “from Kurdistan to Tehran, my life for Iran,” has debunked the regime’s false claims. The social fabric of Iran is stronger than ever. Taeb and other officials are attempting to exploit so-called “gaps” and “rifts” in order to deflect the regime’s fear of a restive and united society.