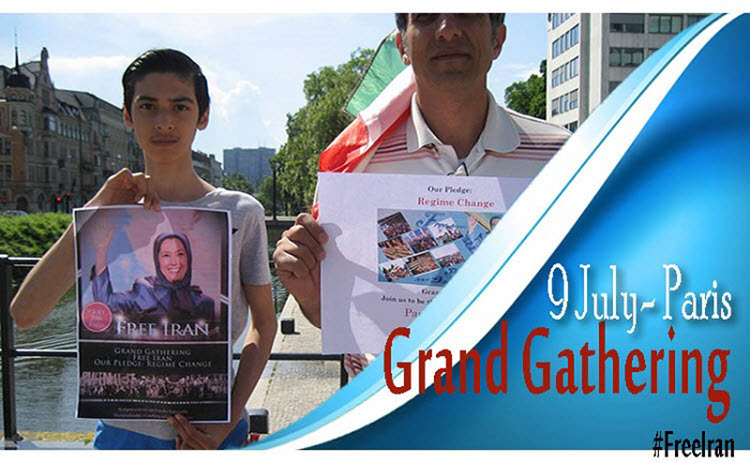 Rather the Islamic Republic has funded and fuelled the escalating conflicts around the Middle East, by funding and arming militias and despotic regimes throughout the region. The Islamic Republic’s support for the Assad regime has flared ethnic conflict in Syria, which has lead to a humanitarian crisis as millions of refugees are fleeing the war torn region. Lebanon has also fallen victim to the Islamic Republic’s export of Islamic fundamentalism, as Hezbollah has become the leading state actor in Lebanon, at the behest of the Iranian regime. Additionally, Tehran has ignored the conditions of the nuclear agreement, as the regime continues to test ballistic missiles, which clearly violate UN Security Council Resolution 2231.

Moreover, the domestic situation in Iran has worsened as well, as the regime executed more people in the year of 2015 than in the past 25 years. These executions have been coupled with crackdowns by moral police on ordinary Iranian citizens, to obey the strict form of Sharia law implemented in Iran. Iran’s domestic economy hasn’t rebounded either from the lifting of sanctions, causing hardship among all Iranians. Subsequently, in the backdrop the Iranian regime’s ruling elites have become ever more fractured, as its several ruling factions are fighting with each for dominance of Iran’s political sphere. Furthermore, the appointment of Ahmad Jannati, the incumbent leader of the Guardian Council, who is also a steadfast supporter of the regime’s Supreme Leader Ali Khamenei, to the position of Chairman of the Assembly of Experts, has fuelled political tensions. The latter decision to choose a Chairman who demonstrates the will of the regime, rather than the will of the Iranian people demonstrates the regimes continued disregard of the will of the Iranian people.

The choices that the Islamic Republic makes are relevant not only to the Iranian people, but to those throughout the Middle East, as the regime has the potential to shape the geopolitics of the region.

The latter points have garnered the attention of numerous Iranians who support civil society and international supports of democracy in Iran. Hundreds of senior political dignitaries, MPs, human rights activists, and religious leaders, from around the world will gather in Paris on July 9th, to address some of the latter issues brought up, and to offer solutions. They will be joined by some 100,000 Iranians and their international supporters who will demand a new policy on Iran by the West, towards a “Free Iran.”

Protests and Unrest in Iran on the Rise