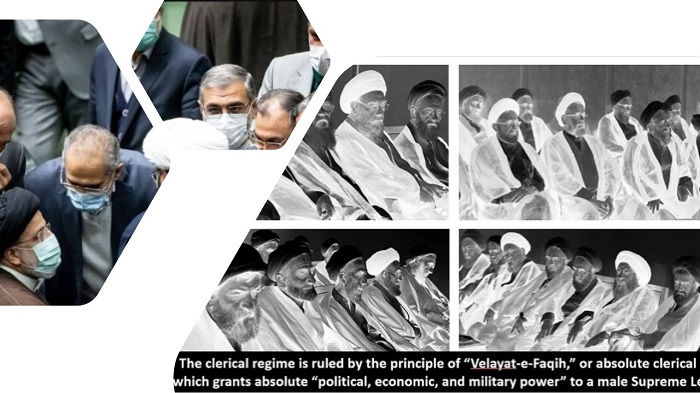 One of the most contentious issues in Iran’s state-controlled media is the four-decade practice of giving government jobs to relatives, family members, and others connected to the governing class. Saeed Mohammad, the former chief of one of the most corrupt economic powerhouses, the Khatam al-Anbiya Construction Headquarters, which is part of the regime’s Islamic Revolutionary Guard Corps (IRGC), was one of the most contentious instances. Ebrahim Raisi named him as the President’s counselor on free trade, industrial zones, and special economic zones. In that capacity, Mohammad is involved in the purchase and sale of oil, as well as money laundering and other previous corrupt activities.

The four-decade practice of granting government jobs to relatives

He has now begun a new, yet corrupt, job selling presidential villas in the country’s south. Opposition members in the government are following down the buyers of these homes and estates in order to get a cut of the earnings. They have openly expressed their dissatisfaction with this situation, as published by the state-run newspaper Mostagel on January 16, 2022.

“There is absolutely something worse than cronyism if government property is sold to the same government trustees, because when property, factories, and commodities are in the name of the government, their transfer must be open.”

They’re referring to Raisi’s adversaries in the administration, whose corruption became so well-known that the regime’s judiciary was flooded with instances of corruption, embezzlement, fraud, and money laundering. The judiciary, of course, will not intervene in these cases, which were also prevalent during Hassan Rouhani’s presidency. It’s Raisi’s time now.

“In the faction that is now the government is coordinated with the Judiciary and the Executive Branch, these relations will likely prevail over the rules,” Hassan Kan’ani, who introduces himself as a principlist, wrote in a comment published by the regime’s state-run daily Mostaghel online on January 16, 2022. In this sense, regulators must exercise caution, particularly in the areas of family employment (nepotism) and the transfer of government property to those with a history of spreading economic corruption.”

Protests and outrage over such appointments are on the rise

“My surprise is that individuals who have been responsible for years and have not been able to do their duties in their responsibilities are obtaining more sensitive positions,” he remarked, referring to Ali Asgari’s improper appointment to the management of a petrochemical firm. “Has the retirement principle been considered in this regard?”

He emphasized his concern and fear about the societal fallout from such a power struggle, saying that it would increase impoverished Iranians’ suspicion of the government.

Although Ali Asgari has not yet taken office, protests, and outrage over such appointments are on the rise. Given the importance of the petrochemical business, a member of the legislative energy commission’s presidium stated that the person in charge of the industry’s largest holding should have sufficient knowledge and skills.

“Today, the key question among professionals and the general public is if an expert manager has been trained in the country to be appointed at the top of the Persian Gulf Holding’s management pyramid? The Persian Gulf Holding owns more than 36% of the country’s petrochemical companies. “Any mistake can have irreversible effects on the economy,” Kan’ani said.

“Appointment to crucial government offices are happening under the name of political, family, and even within a closed circuit, and it appears it is not over,” the state-run daily Shargh said on January 17. The matter has spiraled out of control to the point where it has reached the public tribunes and even parliament, with a spokesperson formally stating that the governor has asked us to propose a member of the election campaign for governor.