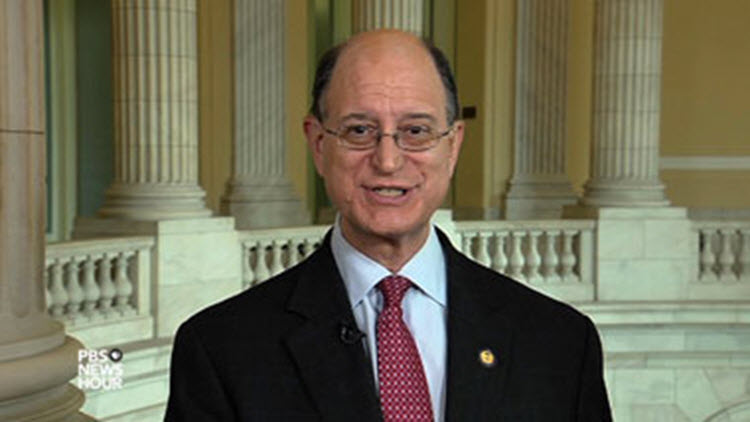 Congressman Brad Sherman from California has voiced his support for Mrs Maryam Rajavi. He has worked for the Foreign Affairs Committee of the House of Representatives for the past 20 years and has focused on preventing Iran from obtaining a nuclear weapon and on “implementing an American foreign policy that reflects our values and our dedication to Human Rights”.

Last year, after the violent attack on Camp Liberty, Sherman and his colleagues on the House Foreign Affairs committee passed a resolution “demanding the safety of the MEK residents of Camp Liberty”. He said they did this “to make it clear to the government of Iraq how serious this issue is and it’s need to fulfil its obligations under international law”.

Sherman believes that the Iranian regime is an existential threat to the US allies in the Middle East and the peace of the world and a defiant proliferator of terrorism and extremism. He introduced a bill in the United States Congress – the Iran Revolutionary Guard Corps Sanctions Act. This obliges the US President “to block and prohibit all transactions in property and property interests of anyone who knowingly does business with the IRGC”.

Sherman commended the MEK for their important role in making the world aware about the nuclear weapons program that that Iranian regime is responsible for. He gave particular mention to Maryam Rajavi for her “advocacy of democracy, human and women’s rights in Iran”. Maryam Rajavi relentlessly works for the Iranian people to ensure that their voice will one day be heard, so that the people can speak freely and so that Iran can be governed for the benefit of all.

He emphasises that the commitment of the National Council of Resistance of Iran (NCRI) led by Maryam Rajavi is so important in the fight for the Iranian people to get the human rights and democracy they so deserve.