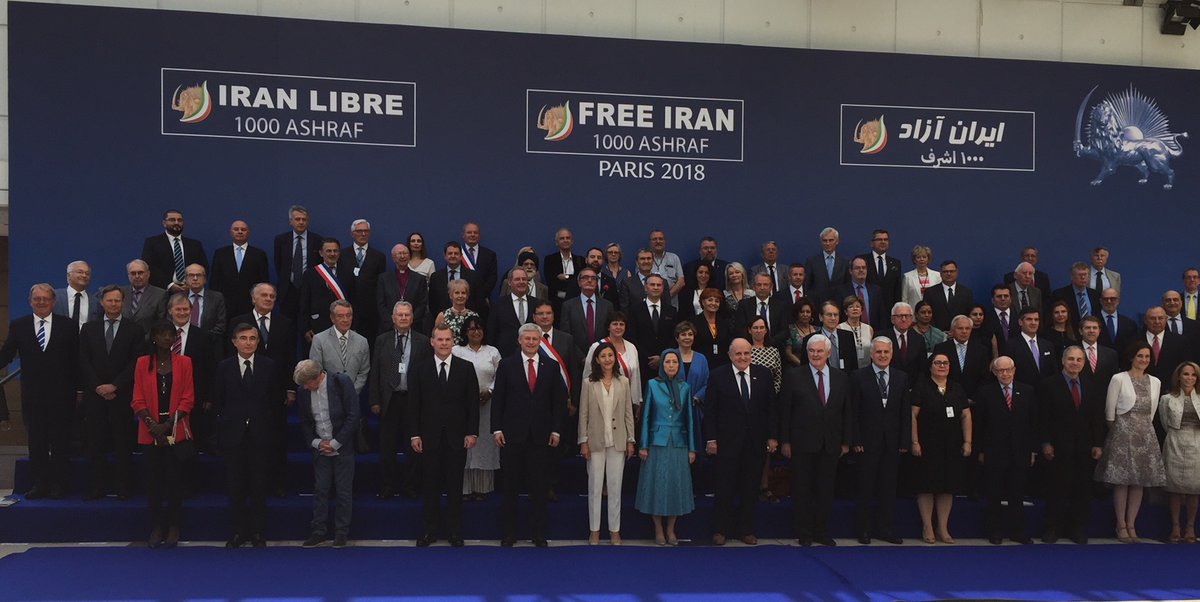 The annual Grand Gathering of the Iranian opposition, attended by some 100,000 supporters, was held near Paris on Saturday, June 30th.

Just hours before it began, Iranian Supreme Leader Ali Khamenei took to his official website, and said that the US economic pressure on Tehran was aimed at inciting the people against their government. “They are exerting economic pressure to sow division between the nation and the regime,” he said, adding, “Six US presidents have tried before him to achieve this, but they have given up.” He was referring to US President Trump. Khamenei also accused the United States of trying to destabilize the government in Tehran.

Maryam Rajavi, president of the National Council of Resistance of Iran (NCRI), said during the annual meeting of the Iranian resistance in Paris suburb of Villepinte,
that the fall of the Iranian regime was certain. She pointed out several indications, including street protests and mounting calls for change at the political, social, and economic levels. “The change of the regime is within reach now more than ever,” she stated during the annual conference, known as “Free Iran”.

Mrs. Rajavi quoted Masoud Ravaji, who she described as the leader of the opposition, “If Iran resisted, the world will stand with us and on our side.”

She discussed the recent developments across Iranian cities, and highlighted the need for an “organized movement and a leading organization”, referring to the NCRI, of which she is the elected president.

High-level delegations from dozens of regional and foreign capitals attended the Grand Gathering. Mrs. Rajavi addressed them all, and called for “a free and non-nuclear Iran that lives in peaceful coexistence with regional and international cooperation.”

Her message was echoed by other esteemed speakers, who denounced the current regime and called for support for an uprising by the Iranian people, as well as for the establishment of a “different Iran.”

Former New York Mayor Rudy Giuliani, who is now serving as Trump’s personal lawyer, was quoted by Reuters as saying, “We are now realistically being able to see an end to the regime in Iran.” He added, “Trump doesn’t turn his back on freedom fighters.”

Speakers included representatives from France, Belgium, the United States, Canada, Britain, Italy, Germany, Albania, Switzerland, Romania, Yemen, Jordan, Palestine, Morocco, and many others, who all voiced their support for a free and democratic Iran.