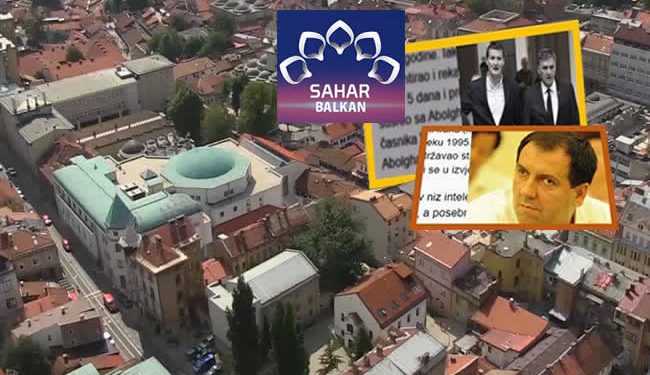 The Iranian regime is in a desperate situation. The people of Iran are more against the regime than ever and the regime is really struggling with domestic pressure. The regime is also becoming more and more isolated on the international front.

The National Council of Resistance of Iran (NCRI), and the People’s Mojahedin Organization of Iran (PMOI / MEK Iran) have reported that in order to survive, the regime is resorting to more malign actions.

The latest tactic has been to launch so-called “religious” and “cultural” institutions in the Balkans. This is something that the regime has done across the Middle East and it is now expanding to reach further into Europe.

By doing this, the regime hopes to attract locals for two reasons. Firstly, to recruit people for espionage and intelligence gathering, and secondly, to plot terrorist attacks. One of the methods the regime uses to do this is by using its Ministry of Intelligence TV and radio network to promote and propagate fundamentalism.

Iran set up a radio station in the Balkans in 1993 at the start of the Bosnian war. It was later turned into a TV channel named the Balkan Sahar Network. It disseminates false news and fundamentalist ideas through its five hours of programming per day.

The Bosnian Security Service started to investigate the regime’s activities when it started to escalate and raise suspicion.

In March 2017, the US National Security Agency produced a report about Iran’s activities in Bosnia and detailed that 650 people were aiding the Iranian regime. The report indicated that most of these people present a threat in terms of national security to the West and particularly the US.

The report gave numerous examples of how locals are recruited and gave an insight into Iran’s working methods. When individuals are recruited, they are brought to Iran where they are trained and indoctrinated. Those most suitable are then selected to partake in special missions.

With regards to its media network in Bosnia, the regime translates content and pushes out false information and propaganda. The main opposition to the Iranian regime – the People’s Mojahedin Organization of Iran (PMOI / MEK Iran)– is often mentioned and falsely accused of terrorism.

Now the regime is trying to broadcast its programs in Albania – a small country that the regime finds particularly threatening.

Albania is now the home of the (PMOI / MEK Iran) following the organized transfer several years ago. To keep an eye on the opposition, the regime has carefully selected its ambassadors and posted key people in Europe to be closer.

The Iranian regime wants to expand its terrorist network as far as it can, and for this reason, it has been expanding other TV and radio networks, translating them into many different languages including Kurdish, Arabic, and Albanian languages in order to reach a wider target.

Without its propaganda network, the regime really has nothing left. It is pinning its hopes on this and its nuclear and ballistic missile programs, but it is just creating itself a bigger mess that it will not be able to get out of. In any case, the regime is only prolonging its survival, not guaranteeing it.