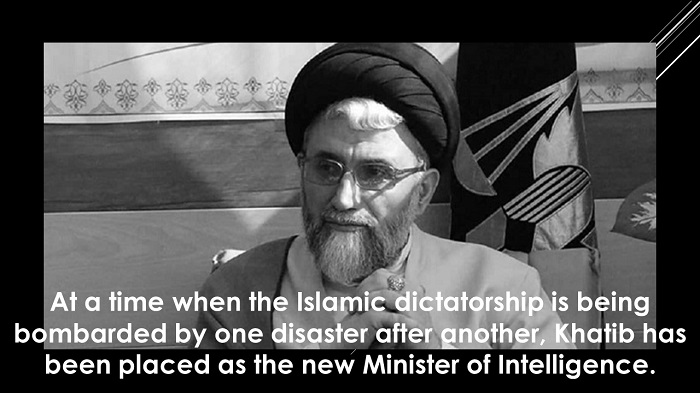 On August 5, 2021, Ebrahim Raisi was sworn in as the Islamic Republic of Iran’s next president. He announced his cabinet picks six days later.

Unlike the outgoing Minister of Intelligence, Mahmoud Alavi, who had no prior expertise in security or intelligence, Khatib has worked in both. He lacks a formal degree in intelligence studies or political science, though. His area of specialization is Islamic jurisprudence.

Khatib, when in his early twenties, joined the forerunner of the Islamic Revolutionary Guard Corps (IRGC) Intelligence Organization in 1980-81, shortly after the IRGC was founded. His precise position is uncertain, although he is thought to have played a key role in the assassination of Iranian opponents of the new Islamic administration in Iranian Kurdistan.

Khatib worked closely with Mohsen Rezaee, who is now a major general in the IRGC and secretary of the influential Expediency Discernment Council, at that time.

Khatib was named head of the Ministry of Intelligence regional branch in Qom in November 1997 by then-Minister of Intelligence Ali Fallahian, a hard-line cleric close to Khamenei.

The Mykonos Restaurant assassinations happened in 1992, under Fallahian’s rule. Terrorists sent from Iran assaulted a restaurant in Berlin in order to assassinate Iranian opposition members. The incident resulted in the deaths of several Iranians.

The Islamic regime’s most senior leaders, including Fallahian, were blamed by a German court. Fallahian was also Minister of Intelligence at the time of the AMIA incident in Argentina in 1994, which resulted in Argentina placing him on an Interpol wanted list.

Dictatorship is being bombarded by one disaster after another

At a time when the Islamic dictatorship is being bombarded by one disaster after another, Khatib has been placed as the new Minister of Intelligence.

Tehran is battling infiltration, attacks on its nuclear installations, and assassination attempts on its most valuable human assets to keep the country secure.

Khatib is a friend and confidant of Raisi

Khatib is not just a personal friend and confidant of Raisi, but also a devoted servant of Supreme Leader Khamenei. As a result, it’s natural that he was chosen to cleanse the Iranian intelligence establishment and improve the country’s counterintelligence and information security.

The Ministry of Intelligence is expected to be more active on both the local and foreign fronts under Khatib’s term. Domestically, as the ministry becomes more aggressive, the use of torture and arbitrary arrests of regime opponents and the main opposition to the mullahs’ regime The National Council of Resistance of Iran (NCRI), and the People’s Mujahedin of Iran (PMOI / MEK Iran), will rise.

Increase in espionage in the US and Europe

Iran will most likely become more sectarian in the area. Khatib’s brand of Islamism, which places him among Iran’s most hardline ayatollahs, will undoubtedly influence his decisions.

Iranian dissidents especially the People’s Mujahedin of Iran (PMOI / MEK Iran), will face increased monitoring and espionage in the United States and Europe. The severity of Islamic terrorism perpetrated by the Islamic Republic of Iran will rise across the world.