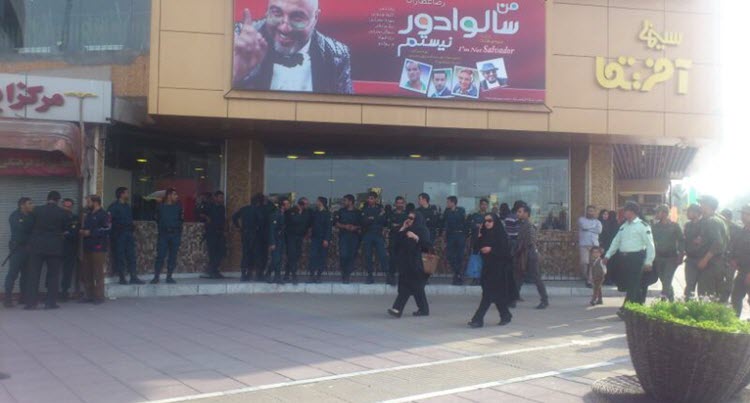 The National Council of Resistance of Iran (NCRI) has reported that over a thousand victims of scams ran by state-affiliated companies in Iran have protested in Mashhad, the second largest city in Iran. According to eye-witness accounts, they were protesting to demand their rights. They demanded that the money stolen from them is returned.

Protesters highlighted that officials in the companies involved in the scams benefit from the support of the mullahs’ judicial and intelligence apparatus.

Despite a heavy presence of suppressive security forces, the rally commenced at 11:30 am in Taqi-Abad Street. Other protesters gathered in Ahmad-Abad and Malek-Abad districts. During the protest there were chants of “Allah Akbar” [God is great].

A number of protesters were arrested by the suppressive forces and were sent to unknown locations.

Some of the protesters there were victims of the Padideh Shandiz investment scam. There were also victims whose investments had been plundered by state-affiliated companies such as Mizan, Pardisan, Tabarok, Samen al-Hejaj, Arman and Badr Tous.

The NCRI reported: “The Padideh Shandiz institute is one of the dozens of financial firms founded in different cities by senior Iranian regime officials in order to plunder the Iranian people’s very little savings and assets.”

They highlighted that Padideh Shandiz has close links to the regime’s Islamic Revolutionary Guards Corps, and promotes itself as an “international tourism development company active in restaurants, tourism and construction and lured investors by promising huge returns on their shares in projects in Shandiz, a suburb of the city of Mashhad, and in the island resort of Kish”. In an advertising campaign on state television there was reassurance that the regime backed the company.

In January last year a $34.3 billion fraud was exposed in which the company is said to have manipulated its shares. Not long afterwards, many of the people who had invested in the company went bankrupt. The company is also said to “have had a third share in Iranian airports advertisements, as well as paying 5.1% of the state-broadcaster IRIB’s income from advertisements”.

At the beginning of the year, the Iranian Resistance called on the Iranian people, in particular the youth, to show their support for the victims and their deprived families. They emphasised that the only way to deal with this trend of “crime and pillaging by the religious fascism ruling Iran is to topple this regime and to establish democracy in Iran”.