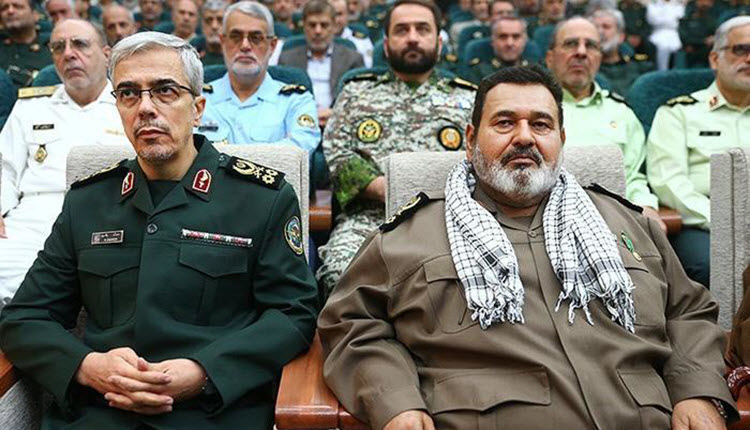 Current Iranian President Hassan Rouhani says there is a security force linked to the economy, but it’s unclear as to whom is he referring. It may be the Revolutionary Guards (IRGC), who are deeply enmeshed in Iran’s economy.

The IRGC Trade Foundation is active in several parts of the  economy:

2.Contracting major government projects including dam construction, road construction, bridges, railroads and pier construction. The IRGC’s “Khatam al-Anbiya”, the largest contractor of government projects. The Khatam al-Anbiya chief said that this entity controls hundreds of small and large companies, and has currently hired around 200,000 people to carry out its projects. 80% of these people are second-hand contractors with second-hand contracts.

4.In the money market, involving banking, as well.

5.Importing and exporting, allegedly in both smuggled and official goods.

6.Transportation of passengers and goods.

8.Industrial and agricultural production, including industrial petrochemical products, as well as Bahman auto industry with dozens of car and spare parts factories.

According to an article in Track Persia, a Platform run by dedicated analysts who spend much of their time researching the Middle East, another part of the IRGC organization who is active in the economy is the Basij Trade Foundation. This entity includes a large number of holding and financial institutions:

It is believed that the large influx of smuggling goods which is literally destroying Iran’s productions and adversely affecting its economy, is mainly carried out by the IRGC through the country’s borders.

Additionally, time and again, officials in Iran’s government have acknowledged the fact that because the IRGC controls dozens of piers and airports, their use of these facilities to import and export goods allows them to refrain from paying any customs.

It has been reported that Tehran’s Mayor, Mohammad Bagher Ghalibaf, who is also a candidate of the presidential election, has acknowledged recently that Iran’s wealth is controlled by 4% of the population, while a majority of its citizens live in poverty.

It appears that President Rouhani’s dispute with the IRGC and Khamenei is merely over which party profits more from Iran’s wealth, according to Track Persia, who adds, “What is not important is the Iranian people’s dire economic miseries.”