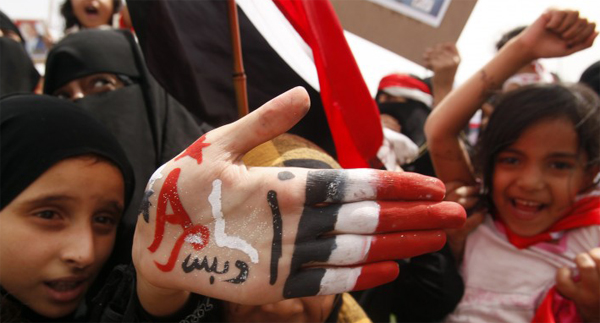 Saleh was in Saudi Arabia for apparent treatment of wounds he had received when his quarters were hit by rockets fired by rebels back in June.

Ali Abdullah Saleh called on the Yemeni’s people to let situation calm so there can be a referendum to decide for the future of Yemen. “Let us all head to the ballot boxes” to find a solution and prevent further bloodshed, he said today.

United Nations Security Council has issued a statement expressing concern regarding the volatile situation of Yemen.

The Gulf Cooperation Council (GCC) suggested Saleh to hand over the power to his Vice President.  Saleh refused.

At least 450 people have been killed since the start of the protests in January.