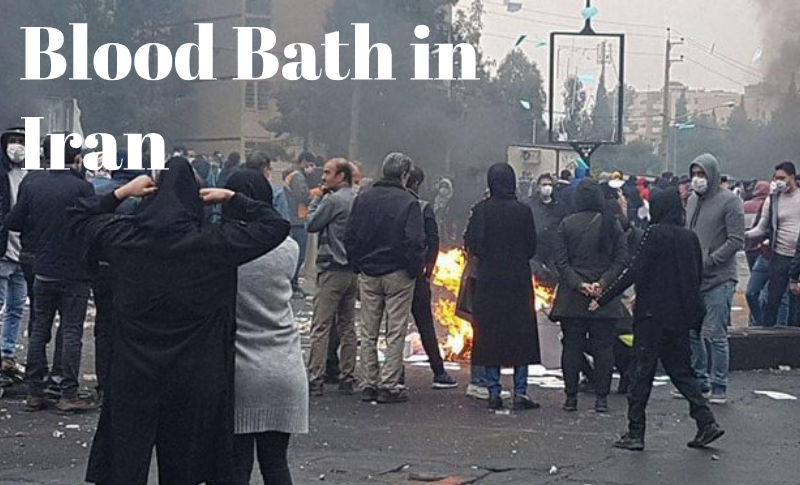 In Iran literally a blood bath has been taking place. The wave of repression and massacre is reported at an unprecedented rate for seven days. Numbers talk: More than 250 dead, 3,700 injured and nearly 7,000 protesters arrested.

The smell of gunpowder, blood, and bullets has filled the atmosphere of various Iranian cities for nearly seven days. Internet disconnection has continued for five days, and the world is lacking accurate and correct news from inside Iran.

Unprecedented violence and killings in Iran have left many political observers in shock. On the other hand, Iranian security forces are gradually acknowledging the intensity of the ongoing crackdown.

The U.S. is sanctioning the Minister of Information and Communications Technology, Mohammad Jahromi, for helping shut down the Iranian internet. We will hold members of the Iranian regime accountable for their violent repression of the Iranian people. #Internet4Iran

Admiral Ali Fadawi, deputy commander in chief of the Revolutionary Guards Corps, acknowledged recently: “It took 48 hours for us to take control of the riots, meaning the riots ended 48 hours after Saturday afternoon. On the first day, 28 provinces and 100 cities and towns were involved. For instance, when I was talking to some IRGC provincial commanders, they compared these riots with Operation Karbala-4,” he said in reference to the massive operation launched by Iran against Iraq during the last years of the 1980s Iran-Iraq War where the Iranian side suffered heavy casualties in the tens of thousands. “The rioters had also procured tools that they failed to use. We were truly at war for 48 hours.”

Abbas Mohammad Hassani, the ideological-political chief of Iran’s classic army, said in a meeting on November 19: “Saddam and Gaddafi surrendered and were destroyed; Assad resisted and was not destroyed; You have to resist!”

An important point in Hassani’s statements is the comparison of the Islamic Republic with Iraq, Libya, and Syria. And in fact, the fate of Iranian regime Supreme Leader Ali Khamenei with Gaddafi, Saddam, and Assad. Hassani emphasizes the need for maintaining the government at all costs, even with the method used by Bashar al-Assad, which means brutally killing people and plunging the country into a civil war.

The emphasis on the complex conditions of the Middle East region by regime officials does not, however, justify the use of violence at this level and volume.

Additionally, they do not recognize the right to protest for defenseless citizens. And through demonization and launching bogus judiciary cases, they are aiming to intimidate and marginalize citizens who have taken to the streets in numerous cities and provinces.

During the past few days, Tehran University was also attacked by repressive force.

“There are no complete statistics yet and it takes time to obtain the accurate numbers of detainees,” said Ismail Soleimani, head of Tehran University’s Security Department regarding the number of students arrested and their current situation.

“We do not provide exact statistics at this time; We do not know what institution arrested the students or where the students were arrested,” he added.

These statements indicate the depth of the catastrophe. The first stage was the unprecedented arrests. Coerced televised confessions will undoubtedly be one of the regime’s next steps to intimidate the public.

#MaryamRajavi:It is the ‘patriotic duty’of all Iranians to support the ongoing #IranProtests, the rebellious youths &the Resistance Units of the main opposition group #MEK.#FreeIran https://t.co/otU3jYFTG4

Hussamuddin Ashna, advisor to Iranian President Hassan Rouhani, referred to the role of the MKO ironically wrote in a tweet, “They thought they had launched Operation Eternal Light 2, but now they understand that Operation Mersad 2 has actually begun.”

Operation Eternal Light was carried out by the People’s Mojahedin Organization of Iran (PMOI/MEK) back in 1988 and continues to remind regime officials about their grave concerns thirty years later. Ashena’s use of the term “Operation Mersad 2” is interpreted to justify future executions of protesters, similar to the summer 1988 massacre of political prisoners launched following a fatwa issued by the Iranian regime founder Ruhollah Khomeini. 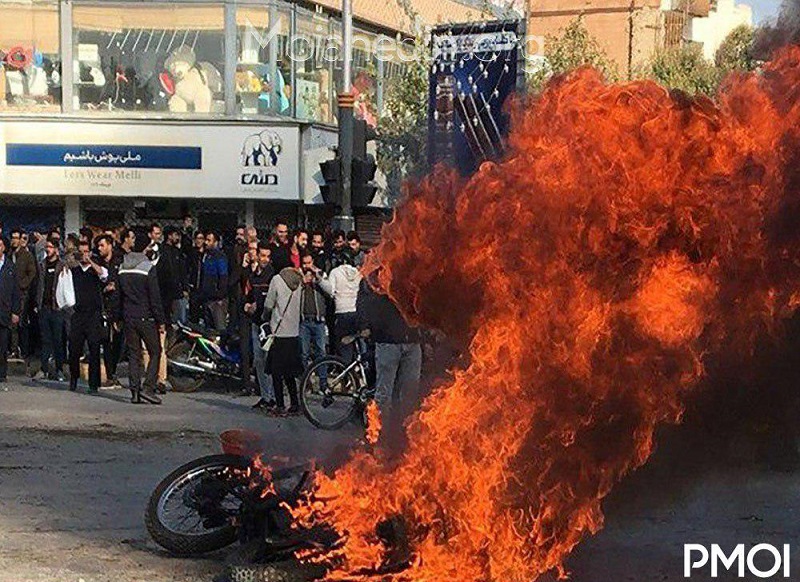 The tweet by the Iranian president’s adviser has faced negative reactions on social media, and concerns have been raised that the government is planning to execute those detained in recent protests.

Remarks made by the regime’s security and political officials pinpoint the alternative and organized resistance threatening the mullahs’ regime.

The MEK is at the heart of the Iranian regime’s concerns. This is the whole story.

The fire burning beneath the ashes of the December 2017 / January 2018 uprising, surprising many. In the not-too-distant future, the deep discontent of citizens will somehow emerge and undoubtedly mark the end of the religious fascism ruling Iran.