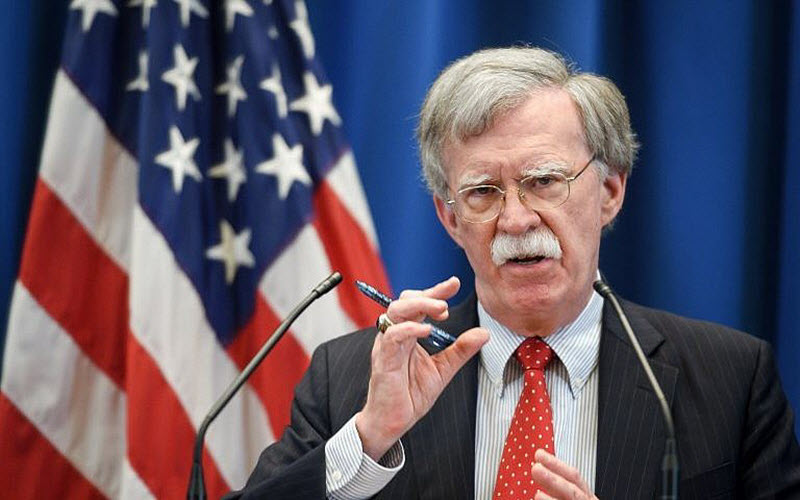 US National security adviser John Bolton defended an American organisation that stands opposed to the 2015 Iran nuclear deal on Saturday and called Russian criticism of it “unacceptable”.

Bolton tweeted: “If President Putin is serious about stabilizing the Middle East, confronting terrorism & preventing a nuclear arms race in the region, he should stand with [United Against A Nuclear Iran or] UANI & against Iran.”

His comments came just one day after a senior Russian diplomat accused the non-profit of attempting to “intimidate” companies looking to invest in Iran by writing letters to business leaders warning any deals with Iran could violate US sanctions and leave companies liable to exclusion from the US financial market or other penalties.

Mark Wallace, the UANI chief executive and a former ambassador with the US mission to the United Nations, wrote letters to companies, including LUKOIL and Aeroflot, last September to request confirmation that the companies would cut all ties to Iran in light of renewed US sanctions.

In response to the Russian criticism, former Senator Joe Lieberman, the chair of UANI, said that the letters prove the group has been “effective at convincing the business community that investing in Iran is dangerous and unacceptably risky”.

In a statement on Friday, issued jointly with UANI advisor and former homeland security adviser Frances Townsend, Lieberman said: “We are making the case every day that doing business with the regime in Tehran funds terrorism and regional adventurism that threatens the stability of our allies and the lives of individuals from across the globe.”

The statement continued: “A nuclear Iran is a global threat — not just an American one. And irresponsible and reckless businesses provide the resources needed by the regime to make this threat a reality. UANI will not be deterred.”

The reality here is that the Iranian Regime, which is designated the leading state sponsor of terrorism by the US, is a credible threat to global security and consistently undermines national sovereignty, the nuclear treaty, and international conventions on human rights.

That is why it is imperative to put as much economic and diplomatic pressure on Iran as possible, in order to prevent the mullahs from having the money and the political clout to obtain nuclear weapons that could see the start of another Cold War.

The Iranian people do not want a nuclear Iran and are openly calling for regime change. The world would do well to support them.