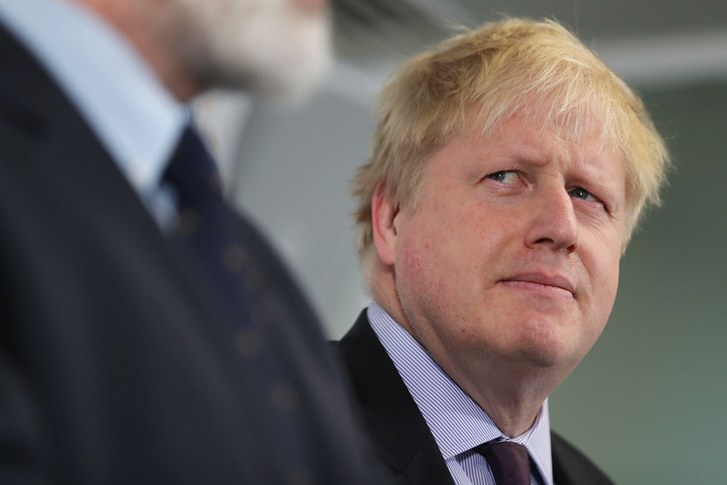 by Armin Baldwin
Following the Brussels meeting on January 11th, Secretary of State for Foreign and Commonwealth Affairs Boris Johnson said that he wanted to echo what German Foreign Minister Sigmar Gabriel and French Foreign Minister Jean-Yves Le Drian had said earlier, specifically that, “It’s very important that as Europeans we come together to express a common view.” He stated that Europeans greatly value the JCPOA (the nuclear deal with Iran) and consider it a great diplomatic accomplishment, in that it stops Iran from acquiring nuclear weapons.

He agreed with his colleagues, that Iran is in compliance with the agreement, according to the International Atomic Energy Authority. However, he said that it is important that Iran should be able to show that it is a good neighbor in the region.

According to Camille Taweel’s article for Track Persia, a Platform run by dedicated analysts who research the Middle East, a spokesman for the British Foreign Ministry also said that maintaining the nuclear deal is important to his country, to prevent Iran from becoming a nuclear-armed state. Still, the United Kingdom rejects its destabilizing activities in the region, particularly in Syria, Iraq, and Yemen, he added. Their stance regarding the Iranian nuclear deal is clear — it is an agreement that makes the world a safer place by neutralizing the threat posed by a nuclear-armed Iran. The spokesman also noted that the JPOA was being implemented properly, according to the reports of the International Atomic Energy Agency (IAEA).

The spokesman stressed efforts to maintain the success of the JPOA, when asked if the agreement would remain in force if US President Donald Trump acted on his threat to withdraw from it by May 12th. He said said that consultations were underway with all partners, following Trump’s speech on January 12th. He added that Britain would not support Iran’s “destabilizing” in the region.

Britain has already expressed concern over Iran’s threatening behavior, including the proliferation of ballistic missiles. “We have conveyed this concern to the Iranian government at the highest levels, including during the visit of Foreign Minister Boris Johnson to Tehran in December, and to Iranian Deputy Foreign Minister Abbas Araghchi when he was here in London in February, and during the European quadripartite meeting (Britain, Germany, France and Italy) with Iran in Munich also in February,” the spokesman said.