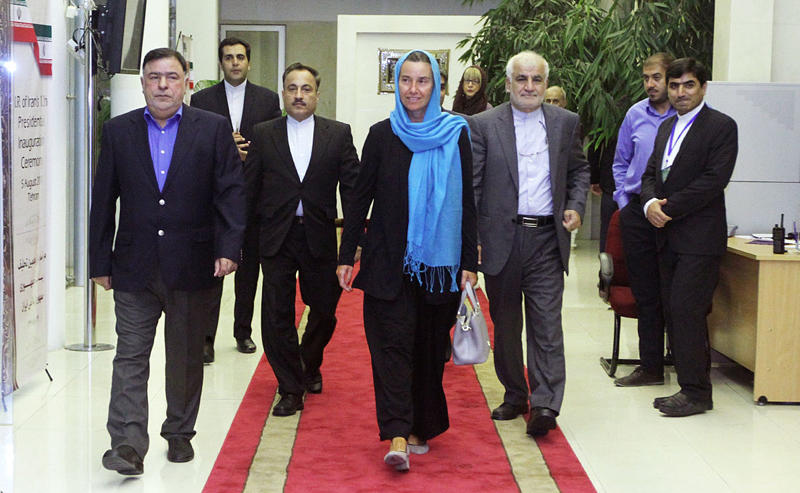 Fellow members of the European Union Austria, Italy and Spain have rejected the proposed sanctions.
Following a warning from United States President Donald Trump, it seems like Germany, France and the United Kingdom are serious about addressing several Iran threats. Trump said that he would pull the US out of the 2015 Iran nuclear deal if the major flaws were not fixed and if Iran’s ballistic missile program continued unchecked. Trump said that he would stop waiving sanctions on Iran on 12th May as per the terms of the deal if he was not satisfied that improvements have been made.

The US President said that he wants nuclear inspectors to be given better access to military sites in Iran and he wants the “sunset” clauses removed from the terms of the deal. The so-called sunset clauses basically put an expiry date on certain terms of the deal, allowing Iran to develop an enrichment program on an industrial scale and to minimise its nuclear breakout time.
In order to impose further sanctions on Iran there must be unanimous agreement.

Italy has expressed its concern about its €5 billion business deals with Iran if more sanctions were slapped on Iran. It also pointed out that Trump expects action to be taken with regards to more than just Iran’s ballistic missile program.
France and Germany have both spoken out about their concerns regarding the country’s ballistic missile program and they called for the regime to put its hegemonic tendencies to the side last year.

Without the support of the fellow nations in the European Union, it seems that Germany, France and the United Kingdom will have a hard time meeting Trump’s demands.

With Italy concerned about its potential business deals with Iran, it is just another sign that some leaders are burying their heads in the sand with regards to Iran, its belligerence, its threat and its abuse of human rights.
Iran represents one of the biggest threats to peace and security in the Middle East and beyond and it is involved in one way or another in all the conflicts in the region.

For years Iran was appeased. When former president Barack Obama was in office, he ensured that Iran was never properly challenged or held accountable for its actions. Obama went as far as to disregard his own red lines, leaving no doubt as to why his time in office was described by many as the “golden years” in reference to the Iran appeasement.
However, appeasement clearly did not work and it is imperative that the European leaders do not fall into the same trap as Obama.