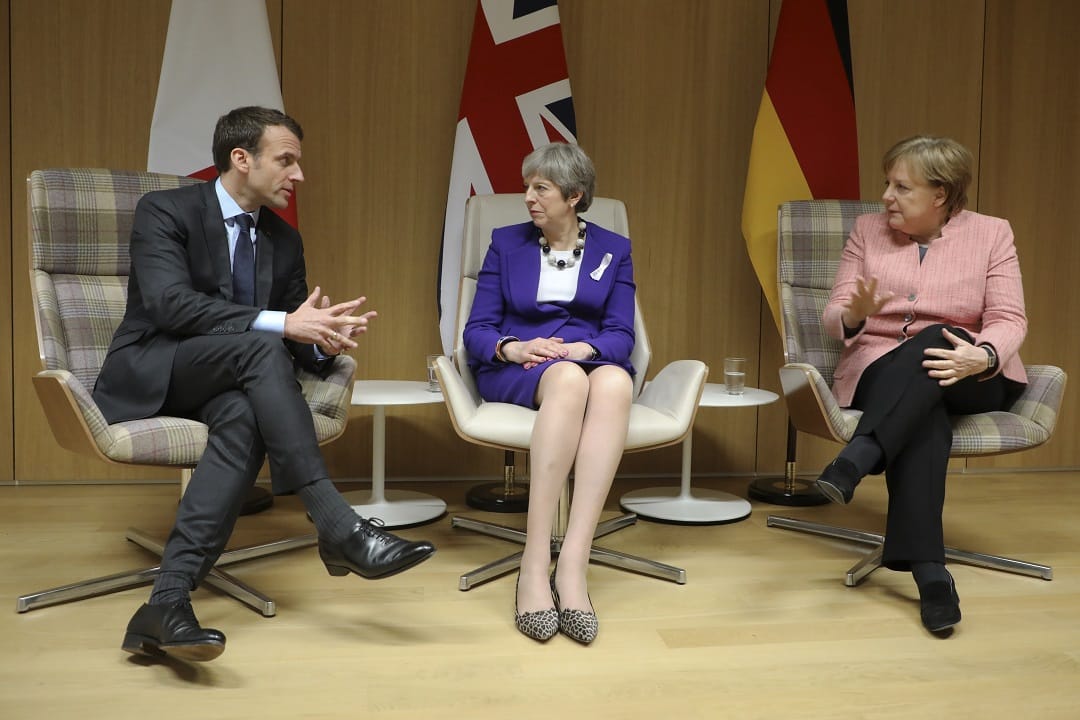 by Armin Baldwin
It should not be the case that, in the 21st century, a country has to use sirens to encourage its citizens to take cover in the event of a ballistic missile attack from a neighbouring state. It feels like this should have been left behind in the Blitz, but this is the very real danger that Saudi Arabia and its citizens are facing from the Iran-backed Houthis in Yemen.

Over the past year, Iran has supplied the Houthis with dozens of ballistic missiles and instructed them to fire against populated areas in Saudi Arabia. So far, most missiles have been destroyed by the Saudi air defence systems before reaching their targets, but at least one man was killed by falling debris.

Despite this clear violation of international laws, France and Germany seem content to ignore the Iranian Regime’s violence against the people of the Middle East in order to keep the nuclear deal intact.
German Chancellor Angela Merkel is even reported to have told Iranian President Hassan Rouhani that she is committed to the deal and to cooperating with Iran to the extent of distancing Germany’s military policies from the US’s. Meanwhile, French President Emmanuel Macron has also promised to keep trading with Iran and distance itself from the US.

The nuclear deal
Following Trump’s decision to withdraw from the 2015 nuclear deal last week, Germany and France remained committed to the agreement, positing that their commitment to the agreement gives Iran the chance to think twice about its action. They claim that Iran will be more constrained out of a desire to keep their European allies onboard, but will Iran?
Neither Germany nor France can make these guarantees for Iran’s military and economic behaviour and their commitment to the deal, tells the Regime that their malign actions against the US were right and that they don’t need to reform. While there was never any hope that the Iranian Regime would reform, this European approval will create more chaos and warfare in the Middle East.
The 2015 nuclear agreement is, as Trump said, “the worst deal” of the century. Since it’s signing, Iran has only felt more entitled to create chaos in the Middle East and the region has become much more unstable, with Iran supporting dictators and terrorists, while undermining legitimate governments.

The problem is that the deal provides Iran with a lot of money (i.e. unfrozen assets, trade deals) and this money has been used to bolster Iran’s military, rather than its people. This has increased the scale of the Syrian and Libyan civil wars and emboldened the Iran-backed Houthi terrorists in Yemen.

Abdulrahman al-Rashed, the former General Manager of Al Arabiya News Channel, wrote: “Can the Germans and the French let us know their solution for what Iran is doing in Iraq, Syria, Gaza and Yemen? They do not anything but seeking to sell weapons, but they refuse to send forces or offer information or logistical services! … Thus, The Europeans submission to the Iranian regime is at the expense of the restless Iranian people and the countries of the region which are all targeted by Iran. The only choice left is to get ready for wider wars.”