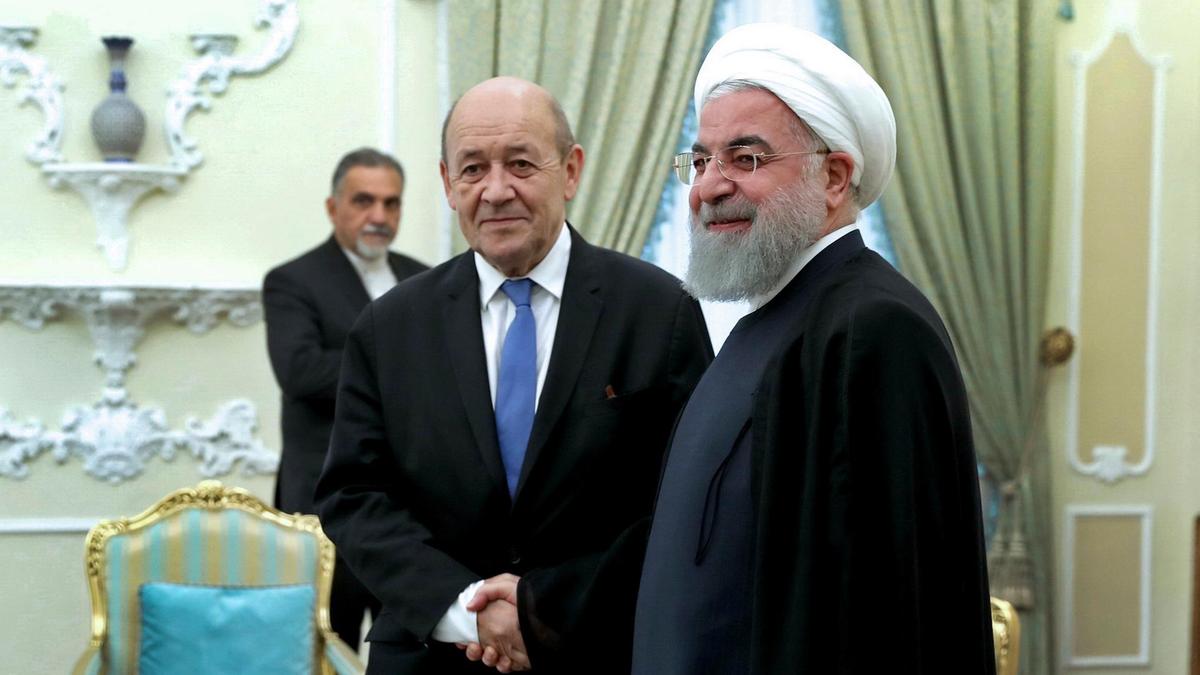 French President Emmanuel Macron is heading to the US next week in order to attempt to persuade Donald Trump to remain in the Iran nuclear deal, otherwise known as the Joint Comprehensive Plan of Action (JCPOA).
Macron’s aides have said that he isn’t confident about convincing Trump, but that France, as well as the UK and Germany, will try to guarantee Trump that the deal can work. This might include a side deal to set out the European nations’ additional commitments.

However, the vast amounts of evidence that we have suggest that the deal can’t work. The Iranian Regime has been violating the accord since it was signed and this ridiculous appeasement of the Regime that has been going on for 40 years must stop.
The European countries have gotten some trade deals from Iran that are beneficial, but how much money will allay the fact that Iran is sponsoring terrorist groups across the Middle East or that they recently imprisoned 8,000 people for calling for regime change or that they’ve executed at least 120,000 members of the Iranian Resistance?
If anything, we might hope that Trump will convince Macron when the latter arrives in Washington on Monday. Their meeting is scheduled for Tuesday.

Nuclear Deal
The nuclear deal is approaching a May 12 deadline set by Trump in January. He stated that unless the flaws in the nuclear deal were fixed, he would withdraw the US from the accord.
Trump’s advisers have said that he has not made a decision regarding the future of the Iran deal just yet. However, Trump has made some changes to his cabinet that suggest otherwise, replacing Rex Tillerson and H.R. McMaster with Mike Pompeo and John Bolton respectively. Pompeo and Bolton both believe that the Iran deal was a mistake, which is in line with Trump’s thinking.
Many believe that Trump already has one foot out of the deal and that this is the right thing to do. It will cut off the Regime’s ability to fund terrorist proxies and foreign wars across the Middle East, but it will also limit their ability to suppress their own people and make it easier for the Iranians to rise up as they’ve been doing for months.

Germany
Of course, France is not the only country trying to save the nuclear deal.
Macron is set to meet with German Chancellor Angela Merkel in Berlin today in order to prepare for his talks with Trump.
Merkel is set to visit Washington and talk with Trump herself on April 27.