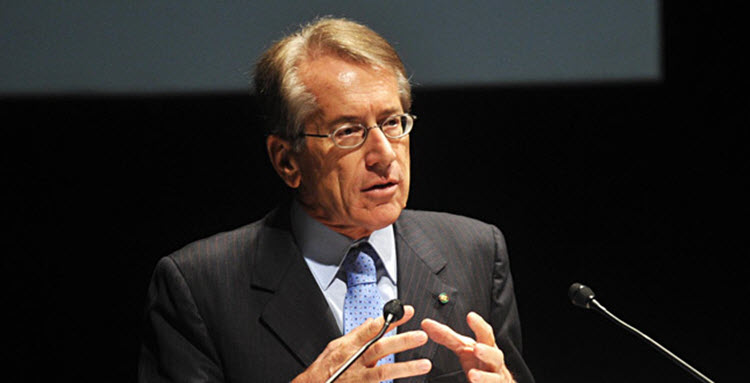 Giulio Terzi, former Foreign Minister of Italy, wrote an article for The Hill in which he expresses his belief that the West has not learnt from past mistakes in their dealings with Iran.

He said that on the first anniversary of the nuclear agreement between Iran and the P5+1 group of nations, the proponents will “face some harsh realities about the nature of the regime”.

The past behaviour of the Iranian regime should have set off alarm bells. It is naïve to believe that anyone could get political moderation and compliance with international norms from the regime, he said. Yet, “a wide segment of political and economic establishments in both the US and Europe” embraced President Hassan Rouhani as a moderate. And they still do.

“A one-sided and untruthful narrative has been willingly spread, to support Iran policies based on plain ignorance of recent history. Many aspects have been either neglected or twisted. The negative experience of Western Governments, when they have tried to reach out to ‘moderates’ inside the Iranian regime, was completely overlooked, since every attempt has been burned by those same ‘moderates’ – each more predictably than the last.”

In the past year Rouhani has managed to secure relief from economic sanctions, but has also shown that he is just as untrustworthy as former Presidents Mohammad Khatami and Akbar Rafsanjani. Iran tested a ballistic missile with nuclear capacity in October 2015 – a violation of UN Security Council resolutions. Then the Iranian Revolutionary Guards Corps carried out several more missile tests “with the explicit blessing of President Rouhani”.

Years before this, Rouhani was clear that his interest in negotiations was driven not by moderate views “but by the political expediency of using negotiations in service of hardline goals”. In the 2000s he told fellow officials that he “helped to maintain a calm environment so that Western powers would alleviate some pressure while Iran continued to develop its nuclear program and expand its uranium enrichment capabilities”.  Terzi said Western negotiators should have kept this in mind when negotiating the nuclear agreement.

Terzi said that the regime’s history speaks for itself. “It includes an ongoing growth in ballistic missile stockpiles, provocations toward Western targets, mass arrests of journalists, activists, and dual nationals, and a skyrocketing rate of executions. Nearly 1,000 people were hanged in 2015. More than 2,500 have been executed since Rouhani took office. In the meantime, Tehran’s egregious regional policies dispatch thousands of troops to Syria to keep in place Assad and a regime responsible for crimes against humanity, as stated by the UN;  support Lebanese Hezbollah, Shia and proxy militias in Iraq and Yemen, not to mention ransacking the Saudi embassy in Teheran.”

Terzi spoke about the 9th July rally held in Paris, organised by the National Council of Resistance of Iran (NCRI) and led by Maryam Rajavi. Hundreds of European and American politicians attended, as well as prominent Middle Eastern figures, such as Prince Turki al-Faisal of Saudi Arabia. He said that they all “sent a narrative that is more reflective of the reality than that which the proponents of the deal wanted us to believe a year ago”.

Terzi highlighted that for the Iranian people, the result of the negotiations has been overwhelmingly negative. The religious extremists that control Iran are harmful to Western interests. He said that the promotion of human rights, fundamental freedoms and the rule of Law are key to the future of the Iranian people.