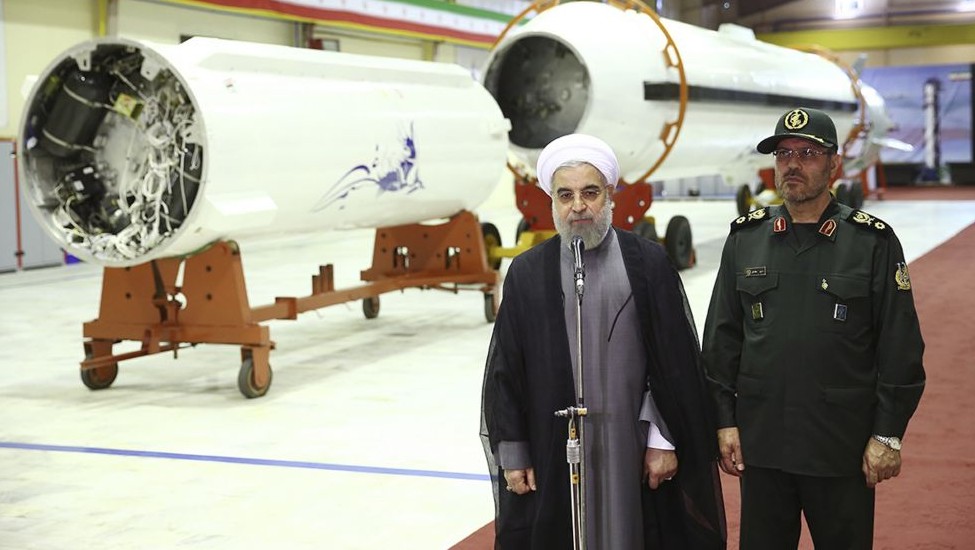 by Armin Baldwin
The Iranian Regime is currently facing many challenges, from the US’s withdrawal from the 2015 nuclear deal to looming US sanctions that could also affect Iran’s trade with other nations to attacks on its military bases in Syria from Israel.

So it seems clear that Iran will be looking to defend itself and not relinquish its influence over the Middle East, but given the comparative strengths of the US and Israeli military and the benefits that Iran can still reap from the nuclear deal at present, it seems unclear how the Regime will do this.

After all, reacting militarily would not only get Iran obliterated by the supreme military powers of the US and Israel, but it would also alienate the European powers still signed up to the nuclear accord, otherwise known as the Joint Comprehensive Plan of Action (JCPOA).
You can see an example of this in May, when Iran launched rockets at Israel’s Golan Heights in retaliation for Israel’s attacks on Iranian military in Syria, where the Regime is trying to keep the dictator Bashar Assad in power. Israel responded with a much more powerful counterstrike, which harmed Iran in Syria.
Thus it is likely that Iran will not use traditional military power, but will instead fall back on the asymmetric means that it is known for, like cyber warfare against military, government, and energy sector computers and attacks by proxy groups. These will likely be more destructive to Iran’s enemies than a war, but they are also hard to trace back to Iran. This will likely lead to a cycle of escalation and eventually cause Iran to attack the US and Israel in riskier ways.

Cyberwarfare
Iran has used cyberwarfare to its advantage numerous times in the past, including on a Saudi petrochemical company in 2017 and 46 American banks in 2012. They typically use mercenary groups that are difficult to trace back to Iran, but the tools used on previous occasions will likely be used again by the Iranian Cyber Army.
The Regime is likely to target assets in or associated with Israel, the United States and the Gulf states, but will likely avoid European assets until the JCPOA negotiations conclude. However, cyber attacks alone will fail to satisfy the Regime as the benefits of the JCPOA subside.
Attacks with Plausible Deniability
At this stage, Iran will likely use proxies to target the US, Israel, and their allies. These proxies don’t make a huge difference to the balance of power, but they do increase the costs for US and Israel when confronting Iran.
The Regime’s potential moves include:
•Strengthening the Taliban against the US-backed government in Kabul
•Continued support for the Houthis in Yemen, who are launching rockets against Saudi Arabia
•Increase attacks against Israel by funding Hamas and the Palestinian Islamic Jihad
•Use proxy forces to attack US and Israeli embassies, consulates or other government and strategic targets around the world

Counterattack
However, there is one key way that the international community can tackle the Iranian Regime. They should lend their support to the Iranian people, who are currently rising up against the mullahs, and the National Council of Resistance of Iran (NCRI), who represent the viable democratic alternative to the mullahs.
On June 30, the NCRI will hold a Free Iran gathering in Paris, where regime change in Iran – which is the only way to stop the mullahs – will be a key topic for discussion.