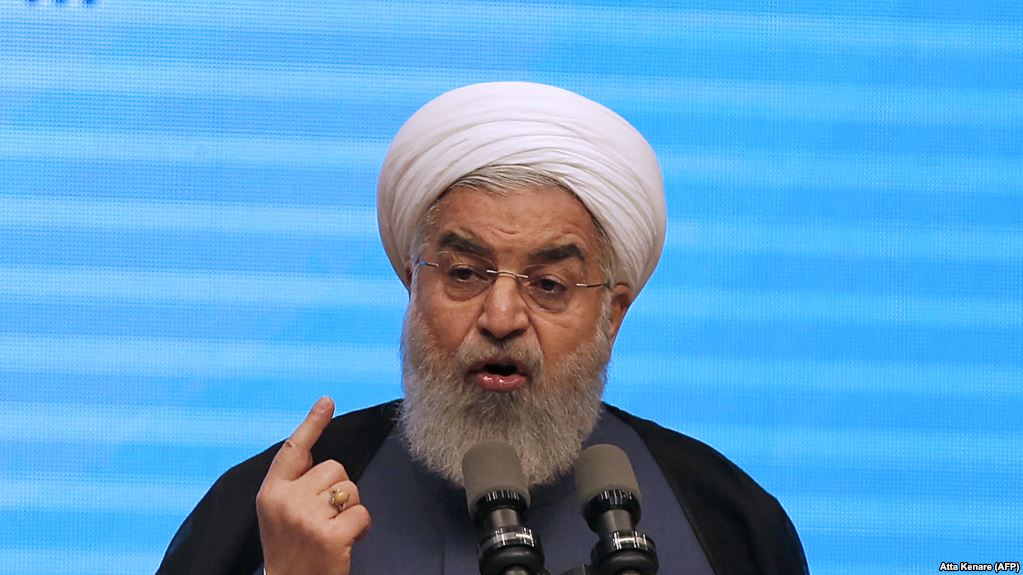 by Armin Baldwin
The Joint Comprehensive Plan of Action (JCPOA) known commonly as the Iran nuclear deal was well received by Iran, but after its inception, Iran’s behavior became more destabilizing and more ambitious. The belief that integration into the global marketplace would provide it with inducements to decrease its aggression, proved unfounded. Under “moderate” President Rouhani, its interventionist policy has only escalated in Yemen and Syria.

Now that the Iran nuclear deal appears to be coming to an end, what is the current situation in Tehran, and what might Iran’s next steps be?

Washington has rejected appeasement policies and all efforts to accommodate Iran. The actions of the regime have been assessed, and the country is being judged on what it has done, and what it continues to do. The United States has redrawn the strategic balance sheet in the Middle East.

Iran continues its involvement in Syria. It has done a great deal to keep the Assad regime in power, but there is no clear way to a victory obtained by military supremacy. In his article for Al Arabiya, political analyst Faisal Al-Shammeri writes, “Irrespective of Moscow and Tehran’s ongoing efforts there will not be a final diplomatic and political outcome that will be recognized by the international community.”

In Damascus, the regime is said to be nearly out of manpower and hasn’t the means to retake the Euphrates River Valley, or eliminate the Turkish Army from the northwest or the pockets of terrorists that remain in the country. If Iran abandons Syria, the Assad regime will collapse. However, staying indefinitely commits Iran to a course it can no longer sustain financially. No country in the Middle East would be comfortable with Syria as an Iranian province. Still, losing Syria would be a strategic defeat that Iran cannot survive.

“So what now?’ asks Al-Shammeri. He believes that the regime “cannot survive in its current format. It’s only lifelines are those multinational companies and nations who are insistent on doing business with Tehran despite its radical nature.”

Iran needs foreign currency and markets, but if Tehran removes its radical tendencies, it will lose the initiative that it has possessed since 1979.

With no response to Israel’s strikes in Syria, Iran appears weak. Conversely, leaving Syria with the United States, Turkey, the SDF, and Kurdish elements to occupy the country makes all of its expenditures pointless, and leaves Assad helpless.

According to Al-Shammeri, “The regime under Khamenei, with the IRGC and Quds Force, has to stay the course it has set out on. There is no turning back. Therefore, it falls to the United States, the Arabian Gulf, and strategically allied partners of the Middle East to confront Tehran, head on, diplomatically, economically, and militarily when called for.”

The people of Iran want a free country — one that sponsors humanity rather than terrorism, one that sends goods rather than proxies across borders. The regime is against that, at all costs.