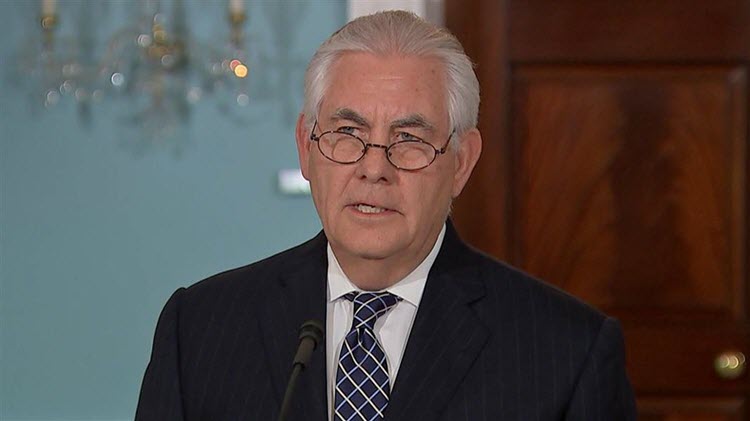 Last week, US Secretary of State Rex Tillerson said that the Joint Comprehensive Plan of Action (JPCOA) was going to be reviewed and condemned Iran’s ongoing violations and nefarious acts. He said that the main objective of the nuclear deal is being ignored and vowed that the Trump administration would not be following in the footsteps of the previous President who let Iran run riot. “The [nuclear deal] fails to achieve the objective of a non-nuclear Iran; it only delays their goal of becoming a nuclear state. The Trump administration has no intention of passing the buck to a future administration on Iran.”

This has angered Iran and the Foreign Minister (who was the main negotiator of the nuclear deal for the Islamic Republic) said that the United States needs to comply with its obligations. Javad Zarif said: “Worn-out US accusations can’t mask its admission of Iran’s compliance with JCPOA, obligating US to change course and fulfill its own commitments.”

However, Iran is reflecting its own behaviour back on the US. Iran has been violating the “spirit” of the nuclear deal and the Trump administration is vowing to look into it.

Tillerson highlighted that Iran is heading in the same direction as North Korea and its “alarming and ongoing provocations that export terror and violence, destabilizing more than one country at a time” need to be addressed.

While negotiations for the Iran deal were happening, Iran was training and financing terrorism all across the Middle East. Its proxy Hezbollah has been fighting for Iran on behalf of the Syrian dictator.

In fact, Hezbollah has been doing a lot of Iran’s dirty work. UN Security Council Resolution 1701 was created with the aim of ensuring that Hezbollah is not re-armed. But straight away, despite the resolution, Iran ensured that Hezbollah’s arsenal was restocked and additional forces were sent.

When Iran joined alliances with Russia in Syria, Israel had no choice but to appeal to Russia. The Prime Minister of Israel went to Moscow on a number of occasions to coordinate” military air traffic with the Russian President. Netanyahu was reassured that Russia would not attack any of the Israeli Air Force jets, and so far, its word seems to have been kept.

Last week, several members of Hezbollah’s propaganda wing took Lebanese journalists on a tour of the border and told them about the IDF Northern Command (of Israeli preparations) which has gone “from an offensive doctrine to a defensive one”.

In any case, the Trump administration is going to carry out a thorough review of the Iran nuclear deal. It will reconfirm what many have said – it is just a document that gives Iran the time and the finances to keep the nuclear program going.