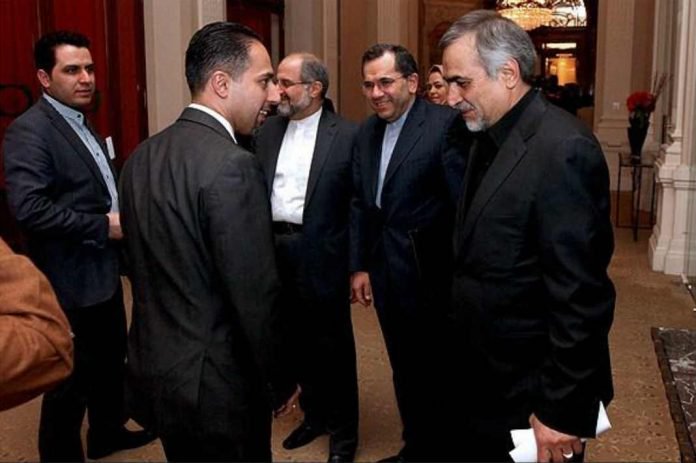 by Atousa Pilger
As the future of the incredibly flawed 2015 Iranian nuclear deal hangs in the balance, the National Iranian American Council (NIAC) are desperately trying to save it by any means necessary.

This is nothing new and has been happening since Donald Trump, who famously threatened to tear up the deal, got into office, but until October, no one was quite sure whether Trump would do anything.

Trump bided his time over the deal, knowing that simply pulling out wouldn’t help the US or their allies, because the Iranian Regime had already gotten all of the benefits upfront (i.e. the millions of dollars of frozen asset returned), and now it seems others are becoming concerned over Iran as well.

Namely France, who are adding to calls about modifying the deal in order to address Iran’s ballistic missile program, sponsorship of terrorism, and horrific human rights record.

So the NIIAC and the Iran lobby as a whole are seizing on this opportunity to paint modifying the deal as killing it, saying that Iran will walk away from any attempted changes to the deal and restart its nuclear program immediately.

NIAC assistant policy director Ryan Costello writes that ditching the nuclear pact will essentially turn Iran into North Korea, whilst implying that if George Bush had negotiated better then North Korea might not be so close to having nuclear weapons today.
He wrote that undermining the nuclear deal is causing the Iranian Regime to worry that their deal might be about to collapse and that the mullahs may just cut and run.

However, the Trump White House is merely reacting to the clear threat that it sees in front of it from Iran, including an expansion of Iran’s military and terrorist activities in the Middle East and Iran’s increased development of ballistic missiles, both of which pose a danger to the US and its allies.

While its true that ditching the deal outright, might have only increased the divided between the US and Europe, whilst doing little to convince Iran to negotiate, Trump’s strategy had ended up convincing Europe to come on board with the idea of imposing other restrictions, especially after the Regime’s brutal backlash to peaceful protesters.

Trump wants to bring the Iranian Regime back to the negotiating table in order to get a new agreement that covers much more than just the nuclear program, which is incredibly reasonable given the circumstances.

Yet the NIAC continues to complain that Iran will turn into North Korea, a country who will have diplomatic talks with the US in the very near future.
It seems that Trump’s lack of appeasement is working with North Korea and may also do so with Iran.