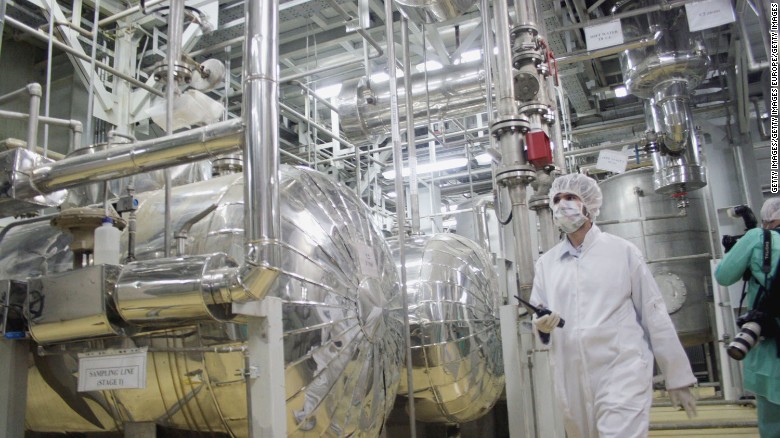 by Staff writer, SF
America First is the policy that Donald Trump vowed to prioritise if he became the President of the United States. He did, and he certainly has been making the United States his priority. Two of the most serious threats that the US is faced with are North Korea and Iran and he is tacking them head on.

Trump has threatened on numerous occasions to pull the United States out of the 2015 Iran nuclear deal and that day might come very soon.
The European allies of the US are trying to persuade Trump to keep the United States in the deal and they are using the argument that a weak or flawed deal is better than no deal. However, at the beginning of this week, the Prime Minister of Israel Benjamin Netanyahu held a speech in which he unveiled a large number of documents proving that the nuclear deal is based on deception.

He highlighted that Iran insisted, on countless occasions, that it has never tried to pursue nuclear weapons.
The release of the files has a number of implications – two of which are to do with the nuclear deal. Firstly, the documents should have a bearing on Trump’s decision about withdrawing from the agreement if Iran refuses to renegotiate it. Secondly, the release of the documents will help those nations that also want the deal to be renegotiated.

The Iranian regime has been deceptive and is not worthy of the international community’s trust. Not only was the nuclear deal founded on lies, but Iran is the party that sees the most benefits. It had a huge number of assets freed up when the deal was agreed and it was able to get numerous major issues omitted – its ballistic missile program, its support of international terrorist groups, its belligerence and meddling in the region, and so on.

The people of Iran are also fed up of their leadership being allowed to get away with all of its belligerence. At the end of last year, there were protests and anti-government demonstrations held in more than a hundred towns and cities across the country. The people, who are finding themselves in an increasingly difficult economic situation, were calling on the Iranian regime to leave Syria and the other places it has occupied. They were calling for the government to put the people first. But they were also calling for regime change because they know their situation will never improve for as long as the regime is in power.

For decades the people have been suppressed and banned from voicing their opinions, but the people, despite the arbitrary arrests, torture, execution and imprisonments, have made it clear that they will never back down.

The Iranian opposition, the National Council of Resistance of Iran (NCRI), which has huge support from officials and parliamentarians all over the world, wants peaceful regime change that is led by the people. Instead of focusing on the nuclear deal, perhaps it would be better in the short-term, and the long-term, to support the people of Iran and tackle the biggest threat to peace and security.