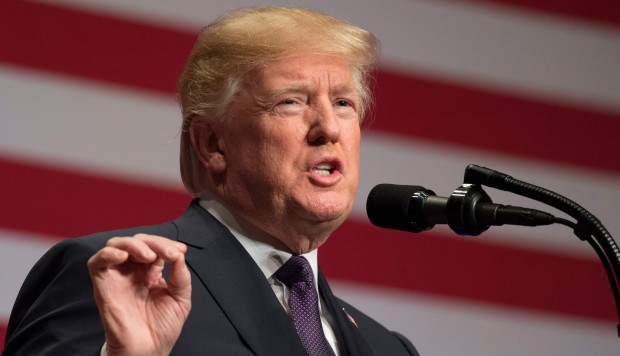 by Azita Carlson
Donald Trump recently warned the Iranian Regime that if they restarted their nuclear program, “they [would] have bigger problems than they’ve ever had before.”
However, the Regime is currently facing a wave of crises that are already bigger than any they have faced in their 39-year-rule, including a potential end to the nuclear deal, a failing economy, and the Iranian people’s nationwide anti-regime uprising.

The Regime is struggling to stabilise its economy, through artificially fixing the exchange rate of the rial, which has fallen dramatically in value recently.

These economic problems have already exacerbated the protests, which began in late December 2017 over a draft budget that cut subsidies for the poor and increased military spending.
The protests soon became political though, with many protesters chanting for an end to the Regime and the death of the Supreme Leader; something that can be punishable by death in Iran.
The protesters were calling for regime change because they recognised that the Regime would never address their problems and that the false distinctions between “hardline” and “moderate” factions were merely propagating the Regime’s power.
The Regime did not listen to the people, instead, convincing themselves that the protests were sparked by “enemies” of the Regime. They imprisoned over 8,000 protesters, gunned down 50 in the streets, and tortured at least 14 to death in prison. They then passed the draft bill with barely any amendments.

The protests were temporarily suppressed by the Iranian security forces, but by this point Supreme Leader Ali Khamenei had already acknowledged that Iranian Resistance group, the People’s Mojahedin Organization of Iran (PMOI/MEK), had helped organise the demonstrations.
Then, Iranian opposition leader Maryam Rajavi promised that the new Iranian year, which began on March 20, would be filled with uprisings.
If Trump really wants to hurt the Regime, he should move to support the Resistance in these ways:
•recognizing the MEK as the official resistance movement
•placing more sanctions on those responsible for the crackdowns on protesters
•encouraging European leaders to do the same
This would avoid the mistakes made by the West in the past that have allowed the mullahs to prosper.
Indeed, French President Emmanuel Macron has already taken a stand in favour of the Iranian Resistance, by refusing to crack down on the French headquarters of the National Council of Resistance of Iran, the coalition of pro-democracy groups of which the MEK is the main constituent, when Iran’s President, Hassan Rouhani, asked him to in early January.
The Iranian Regime is weak and, given enough pressure, will collapse, clearing the path for a Free Iran.