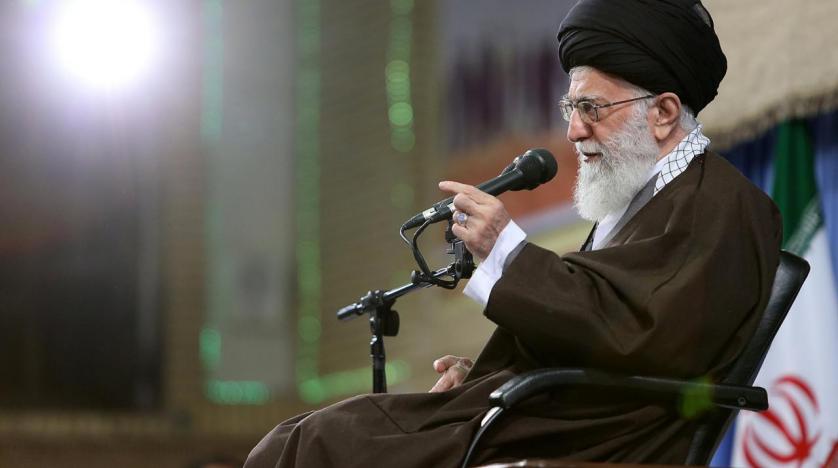 by Navid  Felker
Almost a month ago to the day, US President Donald announced his decision to withdraw from the Joint Comprehensive Plan of Action (JCPOA), or the 2015 Iran nuclear deal. He said that the Iranian regime is “the leading state sponsor of terror” and highlighted that it is exporting missiles that could cause great damage across the region. Trump also pointed to the conflicts across the Middle East that Iran is fuelling and reminded everyone that the regime is supporting terrorist proxies such as Al Qaeda, the Taliban, Hezbollah and Hamas.

Furthermore, he said: “Over the years, Iran and its proxies have bombed American Embassies and military installations, murdered hundreds of American service members, and kidnapped, imprisoned, and tortured American citizens.”
Surprisingly, the Supreme Leader of Iran Ayatollah Ali Khamenei has taken weeks to respond to Trump’s decision. On Monday, the Supreme Leader ordered the Atomic Energy Organization of Iran (AEOI) to take whatever steps were necessary to implement a major increase in the country’s enrichment of uranium.
He called on the nuclear agency to “make the necessary arrangements to reach 190,000 SWU in the framework provided by the JCPOA”. And he called for it to start the very next day. Khamenei went on to speak about how the Iranian regime has a particular strength when it comes to advancing in the field of nuclear technology and missile power.
The country’s security, he said, was dependent on the construction of numerous missiles and the missile power that comes with it.
Some experts and analysts are saying that this is a clear indication that the Iranian regime is going to pull out of the nuclear deal and start expanding its nuclear activities.
However, others are saying that the Iranian regime is simply trying to wangle its way into getting more concessions from the Europeans. The Iranian regime may believe that increasing the nuclear threat will force the European leaders into pleading with Iran to stop – opening the way for concessions. Just like when President Obama was in office.
The fact that Khamenei has specifically ordered the nuclear agency to ensure that it remains within the limits imposed by the nuclear agreement makes many lean more towards the second theory.
The Iranian regime is in a very delicate situation and it cannot afford for Europe to follow in Trump’s footsteps with regards to sanctions and tough foreign policy. Already, the French Foreign Minister is warning Iran not to cross any red lines.
Now is the time for Europe to take the situation into its own hands and hold the Iranian regime accountable for its actions in the region. It must ensure that Iran stops meddling and fuelling conflicts in the Middle East and it must stop abusing the human rights of the people at home. The nuclear deal was intended to curb the nuclear threat and it hasn’t. Iran needs to convince Europe that it is not a nuclear or ballistic missile threat before any concessions are considered.
Europe should by all means give Iran concessions, but only if it adheres to the above conditions.