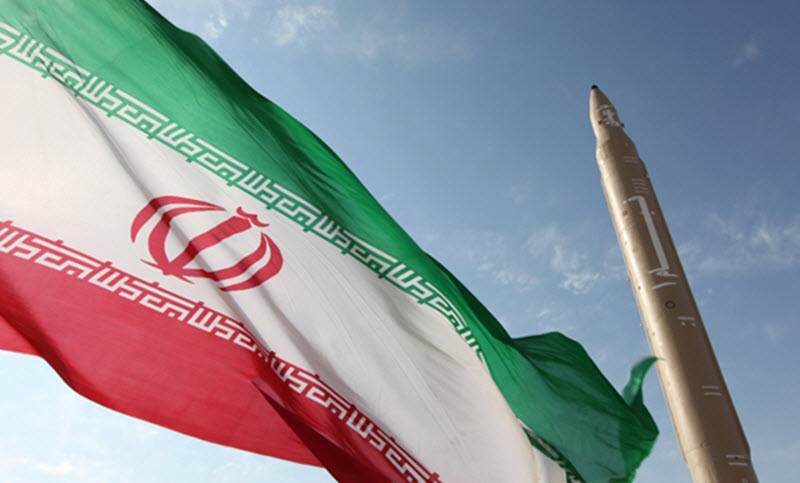 Last year, U.S. President Donald Trump announced that he was pulling the United States out of the Joint Comprehensive Plan of Action (JCPOA), or 2015 Iran nuclear deal as it is more commonly known. He argued that the deal did not go far enough in curbing the Iranian regime’s malign activities and said that a number of other issues should have been addressed, including Iran’s ballistic missile program, its complete disregard of human rights and its terrorist activities across the region.

After this announcement, the United States became increasingly isolated, with the European signatories of the deal urging him to remain within the framework of the deal. They said that the world is a safer place with the deal intact, but Trump did not bow to the pressure. After pulling out of the deal, he re-imposed crippling economic sanctions and has continued to pile the pressure on.

The U.S. sanctions are taking a huge toll on Iran and the country’s economy and the regime believes that it is in a position to pressure the European signatories of the deal (Germany, France and the United Kingdom) into taking measures to offset some of the effect of the sanctions.

The Europeans have been working on a way to trade with Iran in a way that would get round the sanctions. Its purpose is to boost trade between Iran and Europe in a way that does not open European countries up to U.S. punishment. However, the special purpose vehicle is likely to be rather disappointing for Iran and it is very unlikely to make a significant difference to the impact of the sanctions.

Iran therefore announced that it would be starting to exceed its uranium enrichment levels as per the nuclear deal, despite numerous urgings from the other parties of the deal. Iranian officials are trying to get away with this breach of the deal by saying that the benefits of the deal are less since the United States withdrew from it, therefore Iran should be allowed to be less compliant.

However, this strategy might completely backfire on Iran because it may see the remaining signatories, or at least Germany, France and the United Kingdom, put pressure on the regime. Iran once was of the opinion that the Europeans were rejecting the United States in favour of Iran when Trump exited the JCPOA, but very soon this could change.

Given Iran’s recent escalation of belligerence, it would not come as a surprise to see the Europeans react to Iran’s deliberate breaches of the nuclear deal.

The Europeans cannot continue to appease the Iranian regime much longer. Its list of belligerent and terrorist activities is growing rapidly and it cannot continue to be lenient with a regime that presents so much danger – not just to the region – but to the rest of the world.

Iran thinks, and is acting like, it has plenty of leverage. But that small bit of leverage is out the window now that it is ignoring the nuclear deal obligations and now that it is escalating tensions with the rest of the world.